+Wikipedia:Genre: Variety Carroll Gibbons (January 4, 1903 - May 10, 1954) was an American-born musician, bandleader and composer who made his career primarily in England during the British dance band era. He was born and raised in Clinton, Massachusetts. In his late teens he travelled to London to study at the Royal Academy of Music. In 1924 he returned to London with the brassless Boston Orchestra for an engagement at the Savoy Hotel in the Strand. He liked Britain so much that he settled there and later became the co-leader (with Howie Jacobs) of the Savoy Orpheans and the bandleader of the New MayFair Orchestra, which recorded for the Gramophone Company on the HMV label. In 1929 Gibbons appeared in the British film Splinters (as Carroll Gibbons and His Masters Voice Orchestra). Gibbons made occasional return trips to the United States but settled permanently in England, though he did spend a couple of years (1930–1931) in Hollywood, where he worked as a staff composer for MGM films. He took exclusive leadership of the Savoy Hotel Orpheans, which recorded hundreds of popular songs (many of which were sung by Anne Lenner) between June 1932 and his death in 1954. Starting in about 1931, he also recorded quite a number of sophisticated records featuring a piano-led small group playing pop tunes and medleys under the name of Carroll Gibbons and his Boy Friends. As a composer, Gibbons's most popular songs included "A Garden in the Rain" (1928) and "On The Air" (1932). The latter was covered by Rudy Vallee in 1933 and by Lud Gluskin in 1936. Gibbons' instrumental numbers "Bubbling Over" and "Moonbeam Dance" were also quite successful in the United Kingdom. Gibbons had a weekly show on Radio Luxembourg in the 1930s, sponsored by Hartley's Jam. 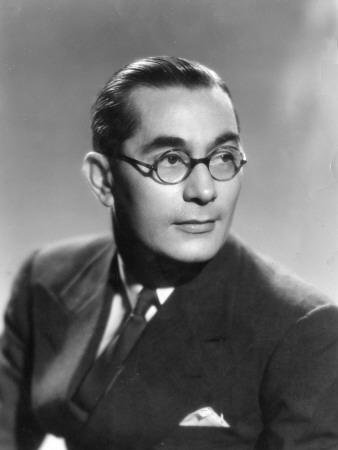