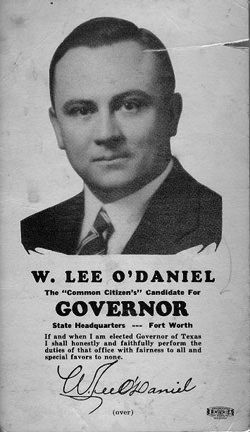 + Pat O'Daniel and his Hillbilly Boys was a Texan Western swing band with its own radio program during the mid-1930s. Pat O'Daniel, the son of "Pappy" O'Daniel, was the band's leader. The Hillbilly Boys, associated with Pappy O'Daniel's flour company which produced Hillbilly Flour, helped catapult Pappy O'Daniel to the governorship of Texas (although this is often credited to Pappy O'Daniel's earlier band, the Light Crust Doughboys). The Hillbilly Boys had a 15-minute daily radio show, which was immensely popular in Great Depression-era Texas. It featured western swing music and preaching by Pappy O'Daniel. The show extolled the values of Hillbilly brand flour, the Ten Commandments and the Bible. O'Daniel's biographer credited the Hillbilly Boys (and the Doughboys)' radio shows with O'Daniel's gubernatorial win. The counties where O'Daniel won a plurality of votes were the ones that received the Doughboys' and Hillbilly Boys' broadcasts. The largest pluralities were recorded around Fort Worth, Texas, where the radio stations that broadcast their shows (KFJZ and later WBAP) were headquartered.-WikiPedia Click here to read more about Pat Odaniel And His Hillbilly Boys

Spoiler : Featuring all of the existing programs of this 1939 syndicated hillbilly music program. It was sponsored by the W. Lee O'Daniel Flour Company of Fort Worth, Texas. 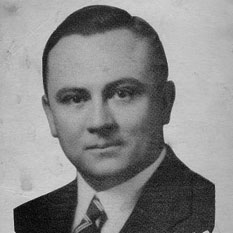 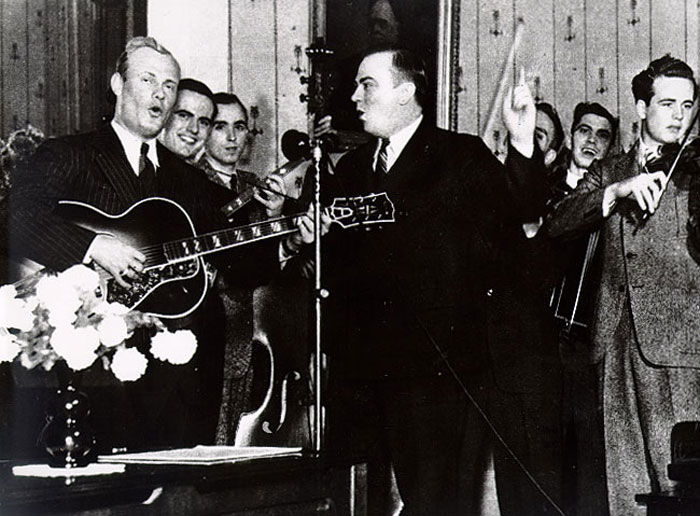 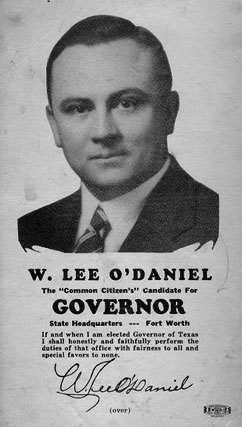 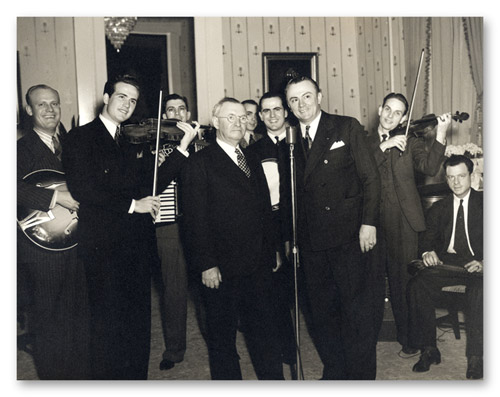 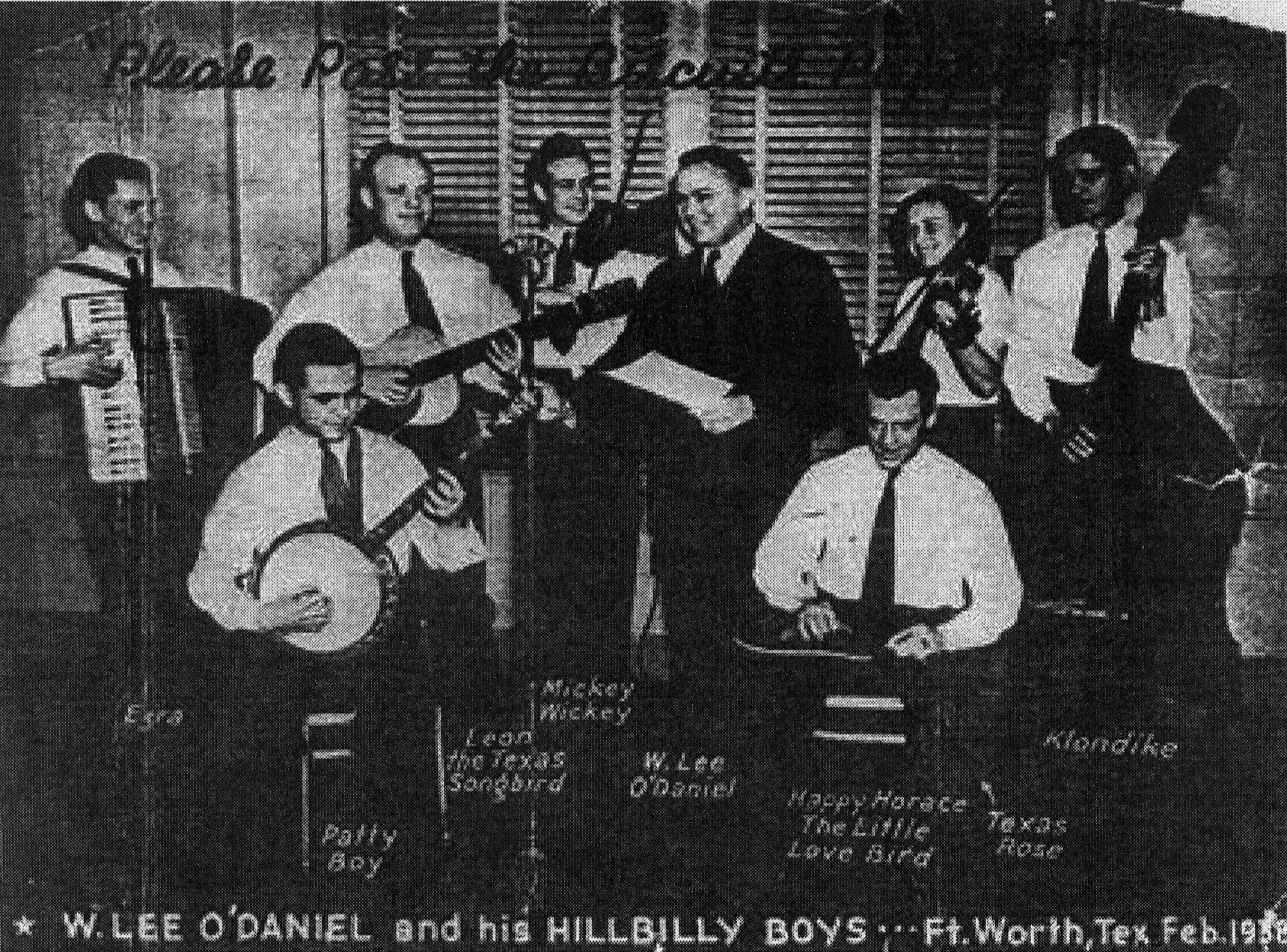