+ Tales of The Foreign Service began as a summer replacement for the second season of NBC University of The Air's The World's Great Novels program. Beginning with the productions of 1946, NBC University of The Air embarked on a series of productions emphasizing the importance of The United Nations and international diplomacy. Tales of The Foreign Service was a logical extension of this emphasis which added both educational and adventure elements to the NBC University of The Air programming. Initially planned as a run of some seventeen weeks, the programming was eventually extended to twenty-seven weeks. In the end, the series actually ran only twenty-one weeks, ultimately supplanted by the Third Season of NBC University of The Air's The World's Great Novels. At least one known episode never aired-- "Islands of Home"--though there may well have been at least four other episodes that were never broadcast. Written and produced with the cooperation of The State Department, NBC University of The Air began production for the Tales of The Foreign Service in March of 1946. Billed as actual exploits of the Foreign Service in one capacity or another spanning the time of the American Revolution to the mid-1940s, the series was teased as based upon "incidents previously classified as secret." This lent both an element of suspense and intrigue to the more historical docudrama nature of the underlying scripts. All of the circulating exemplars of the series are well-mounted productions, comprising equal parts of education and adventure. Given the inherently exotic nature of work in the diplomatic corps, the series, for its day revealed aspects of America's international relations that had never been either explored or revealed to the public at large. In this respect alone, The Tales of The Foreign Service marked an historic turn in mass communication of the era, providing insights into the work of the diplomatic corps often heard for the very first time. It was clearly a boon to the morale of the diplomatic corps in general, but its timeslot somewhat limited its exposure. Many of the NBC University of The Air programs of the era were incorporated into the curricula of colleges and universities throughout North America, but it's as yet unclear whether Tales of The Foreign Service was ever employed in this manner. Certainly it would have provided a marvelous rudimentary education into both the history and day-to-day operations of the diplomatic corps. American patriotism was at an all-time high throughout the Golden Age of Radio. That patriotism spanned every ideology and philosphy, but the common, uniting sense of the American public throughout this historic period was that the American way of life was a gift and a privilege. The period also represented the last vestiges of what had been the healthiest mix in American history of popular discourse, newspapers, archetypal government balance, and of course, Radio diversity--tens of thousands of independent, small market Radio stations with tens of thousands of points of view. What remains of the surviving episodes of Tales of The Foreign Service is a fairly straightforward, honest and mildly patriotic history of the diplomatic corps and its growing importance as a pivotal element of America's place in the world. But as a time-capsule of America's burgeoning and exponentially expanding foreign relations initiatives, the series remains highly illustrative of post-World War II diplomatic culture and perhaps even naivete. International relations, in spite of the turmoil of the most recent World War, was still a far more "civilized" and idealistic diplomatic environment than it's become during the ensuing seventy years. Listening to Tales of The Foreign Service, one can't help reflecting on how relatively simple international initiatives and civilities remained after World War II. But as history would soon reveal, the post-Atomic Age of world history would soon make all manner of international relations a far more precipitous and duplicitous environment than ever before. Click here to read more about Tales Of The Foreign Service

Spoiler : The program was broadcast by NBC, and is a syndicated series by the Federal Radio Education Committee on Orthacoustic transcriptions. 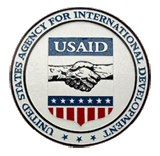