+Steele Rudd was the pseudonym of Arthur Hoey Davis (14 November 1868 – 11 October 1935) an Australian author, best known for On Our Selection. His reputation was established by his short stories of country life. The 1920 movie On Our Selection and 1932-1952 radio series Dad and Dave helped turn the characters into Australian cultural icons. "Dad & Dave from Snake Gully" is a 1937 Australian 11 Minute daily Radio Soap Opera. It is the story of a country family in the fictional town of Snake Gulley, Australia. It is relaxing to listen to the stories involved in the peaceful lives of these Snake Gulley family members & friends. Examples of popular 'Dad and Dave' jokes that did not originate from Rudd: Dad: Where's Dave gone, Mum? Mum: Dave's out Condobolin, Dad. Dad: Out Condobolin? Cripes, I didn't think Dave had any time for the womenfolk! Dave: Hey Dad! Them telephone blokes are silly coots! One of them just rung up to say it's a long distance from Sydney! The humour of Rudd's Selection stories arises from character and situation, and never involves wisecracks like these. A replica of Rudd's shingle hut can still be seen at the town of Nobby, Queensland. There is a statue of Steele Rudd at the Speakers' Corner in King George Square in Brisbane. There is also a residential college named "Steele Rudd" at the University of Southern Queensland campus. There are copper statues of Dad, Dave, Mum and Mabel at Gundagai.

Spoiler : Featuring all of the existing episodes of one of the most popular Australian radio serials that was broadcast from 1937 to 1953. It was created by George Edwards (The Man With A Thousand Voices). The series was based on Steele Rudd's book that was first published in 1899. The dramatic rights were purchased in 1912 by actor and entrepreneur Bert Bailey who played Dad on stage for almost 20 years, also in four films directed by Ken G. Hall in the 1930s. 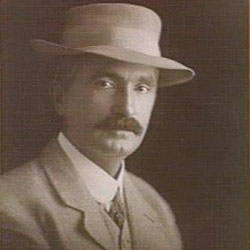