Bob and Ray refers to any comedy radio show that featured the duo of Bob Elliott and Ray Goulding. One of the few comedy duos that have the longest careers, they worked as together for five long decades, until Ray died in March 1990.

The two was given their first show together, entitled Matinee with Bob and Ray, on 1946 in WHDH-AM (the first station where Bob worked as DJ and Ray as news reader). It was a 15-minute weekly show, which was later lengthened to 30 minutes. This was followed by more shows and gigs at both radio and television. They even made an audio book together.

After Ray’s death in 1990, Bob continued to perform, but this time, with his son Chris. The duo were included in Radio Hall of Fame in 1995. Click here to read more about Bob And Ray - AFRS

Spoiler : Bob and Ray had a running "character" based on Mary Margaret McBride, who had a radio program for years. What's amusing is that their character continued long after the show ended - and people loved it! 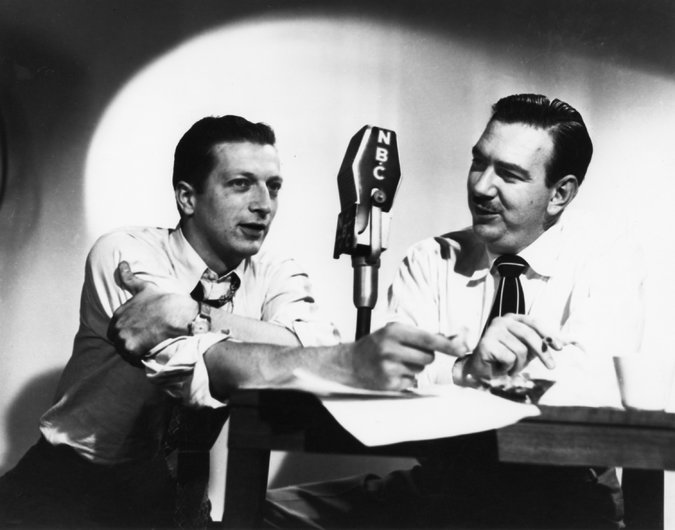