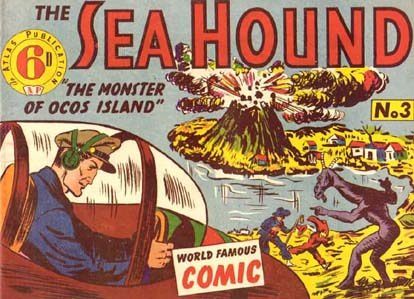 +The Sea Hound (1947) is a Columbia movie serial starring Buster Crabbe based on the radio show The Sea Hound. It was the thirty-fourth of the fifty seven serials produced by Columbia. The Adventures of the Sea Hound was a juvenile adventure series broadcast from 1942 to 1951. Ken Daigneau and later Barry Thomson starred as Captain Silver of the ship Sea Hound. Bobby Hasting played the Captain's shipmate Jerry, Janice Gilbert as Carol Anderson, Alan Devitt as Kukai, and Walter Vaughn as Tex.