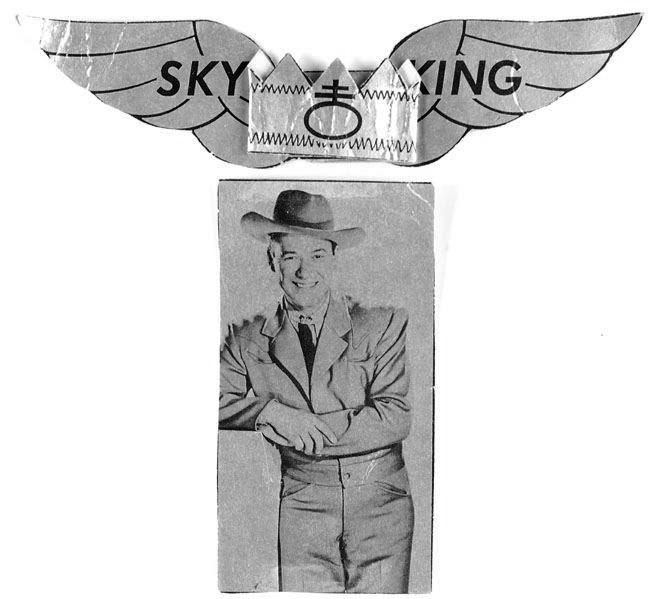 + Sky King is a 1940s and 1950s American radio and television adventure series. The title character is Arizona rancher and aircraft pilot Schuyler (or Skyler) "Sky" King. The series was likely based on a true-life person, Jack Cones, the Flying Constable of Twentynine Palms during the 1930s. Although it had strong cowboy show elements, King always captured criminals and even spies and found lost hikers using his plane. King's personal plane was called the Songbird. Though he changed from one plane to another over the course of the series, the later plane was not given a number (i.e., Songbird II), but was simply known as Songbird. He and his niece, Penny (and sometimes Clipper, his nephew) lived on the Flying Crown Ranch, near the (fictitious) town of Grover, Arizona. Penny and Clipper were also pilots, though still relatively inexperienced and looking to their uncle for guidance and mentoring. Penny was an accomplished air racer and rated multi-engine pilot, who Sky trusted to fly the Songbird. The musical score was largely the work of Herschel Burke Gilbert. The radio show, based on a radio story by Roy Winsor, was the brainchild of Robert Morris Burtt and Wilfred Gibbs Moore, who also created Captain Midnight, first aired in 1946. Several actors played the part of Sky, including Earl Nightingale and John Reed King. Like many radio shows of the day there were many "radio premiums" offered to listeners. On November 2, 1947 in the episode titled "Mountain Detour" the Sky King Secret Signalscope was used. Listeners were advised to get their own for only 15 cents and the inner seal from a jar of Peter Pan Peanut Butter (produced by sponsor Derby Foods). The Signalscope included a glow-in-the-dark signaling device, whistle, magnifying glass and Sky King's private code. With the Signalscope you could also see around corners and trees. The premiums were innovative, such as the Sky King Spy-Detecto Writer, which had a "decoder" (cipher disk), magnifying glass, measuring scale, and printing mechanism in a single package slightly over 2 inches long. Other notable premiums included the Magni-Glo Writing Ring, which had a luminous element, a secret compartment, a magnifier, and a ballpoint pen all in the crownpiece of a "fits any finger" ring. The radio show ran until 1954, being aired simultaneously with the television version.-WikiPedia Click here to read more about Sky King

Spoiler : This Aviation Adventure series featured Roy Engel as former Navy pilot Sky "Schuyler" King. Later Earl Nightingale took over the role. Penny was played by Beryle Vaughn. Clipper was played by Jack Bivens. Sky King's foreman was played by Cliff Soubier. Writers were Abe Burrows, Fran Van Hartesfeldt, Dick Stenger, Sidney Renthal and Roy Winsor. The announcer was Mike Wallace. The series was broadcast on ABC as a 15 minute daily serial sponsored by Swift (10/28/1946 to 8/29/1947), then Peter Pan sponsored it on ABC 2 or 3 times a week alternating with Jack Armstrong (9/2/1947-6/2/1950). From (9/12/1950-6/11/1953; 9/14/1953-6/3/1954) it continued to be sponsored by Peter Pan, and was broadcast on Mutual. 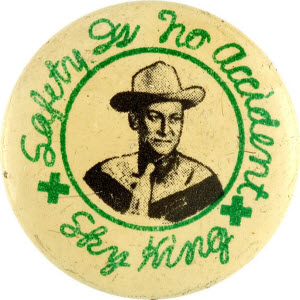 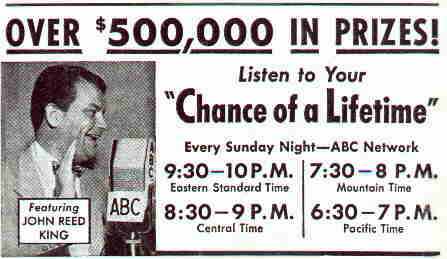 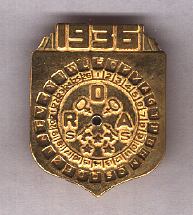 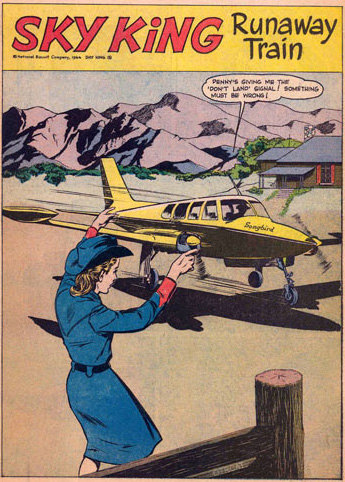 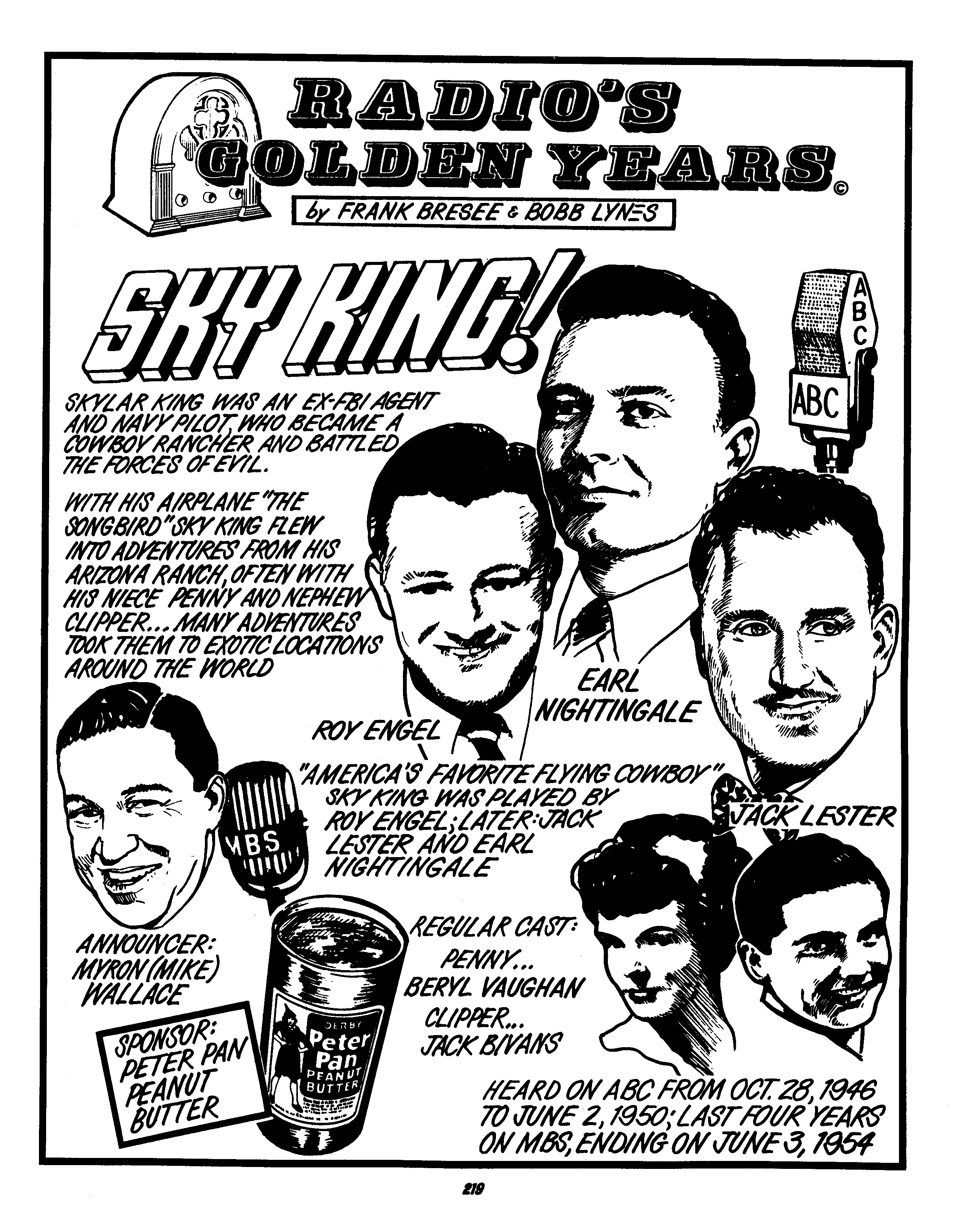