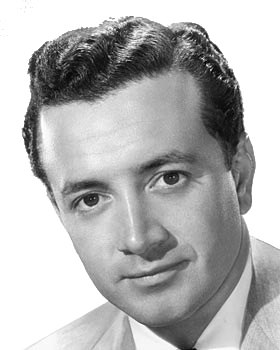 + Vic Damone (born Vito Rocco Farinola; June 12, 1928) is an American singer and entertainer. Damone was born in Brooklyn, New York, to Italian immigrants based in Bari, Italy—Rocco and Mamie (Damone) Farinola. His father was an electrician; and his mother taught piano. His cousin was the actress and singer Doretta Morrow. Inspired by his favorite singer, Frank Sinatra, Damone began taking voice lessons. He sang in the choir at St. Finbar's Church in Bath Beach, Brooklyn, for Sunday Mass under organist Anthony Amorello. When his father was injured at work, Damone had to drop out of high school. He worked as an usher and elevator operator in the Paramount Theater in Manhattan. He met Perry Como, while at the Paramount Theater. Vic stopped the elevator between floors, sang for him and asked his advice if he should continue voice lessons. Impressed, Como said, "Keep singing!" and referred him to a local bandleader. Vito Farinola decided to call himself Vic Damone, using his mother's maiden name. Damone entered the talent search on Arthur Godfrey's Talent Scouts and won in April 1947. This led to his becoming a regular on Godfrey's show. He met Milton Berle at the studio and Berle got him work at two night clubs. By mid 1947, Damone had signed a contract with Mercury Records. His first release, "I Have But One Heart", reached #7 on the Billboard chart. "You Do" (released November 1) reached the same peak. These were followed by a number of other hits. In 1948 he got his own weekly radio show, Saturday Night Serenade.-WikiPedia Click here to read more about Vic Damone Sings