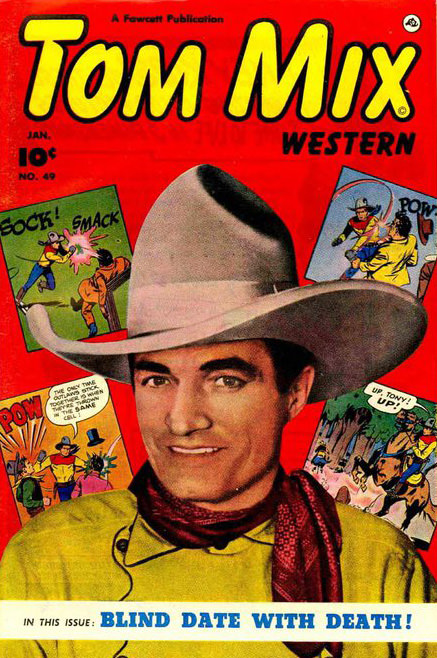 + Thomas Edwin "Tom" Mix (born Thomas Hezikiah Mix; January 6, 1880 – October 12, 1940) was an American film actor and the star of many early Western movies. He made a reported 336 films between 1910 and 1935, all but nine of which were silent features. He was Hollywood’s first Western megastar and is noted as having helped define the genre for all cowboy actors who followed. In 1933, Ralston-Purina obtained his permission to produce a Tom Mix radio series called Tom Mix Ralston Straight Shooters which, but for one year during World War II, was popular throughout most of the 1930s through the early 1950s. Mix never appeared on these broadcasts, and was instead played by radio actors: Artells Dickson (early 1930s), Jack Holden (from 1937), Russell Thorsen (early 1940s) and Joe "Curley" Bradley (from 1944). Others in the supporting cast included George Gobel, Harold Peary and Willard Waterman. The Ralston company offered ads during the Tom Mix radio program for listeners to send in for a series of 12 special Ralston-Tom Mix Comic books available only by writing the Ralston Company by mail.-WikiPedia Click here to read more about Tom Mix Ralston Straight Shooters, The