+ The Hoosier Hot Shots were an American quartet of madcap musicians who entertained on stage, screen, radio, and records from the mid-1930s into the 1970s. The group initially consisted of players from the U.S. state of Indiana. Beginning on local Indiana radio in the early 1930s, the Hot Shots went on to a successful national radio career on National Barn Dance on WLS-AM in Chicago, Illinois and a successful and prolific recording career, before moving to Hollywood to star in many feature-length western movies. The Hot Shots' core personnel were multi-instrumentalists, playing brass band instruments as well as their standard instrumentation of guitar (Ken), clarinet (Gabe), string bass (various), and a strange, homemade instrument known both as the "Wabash Washboard" and "the Zither," played by Hezzie. It consisted of a corrugated sheet metal washboard on a metal stand with various noisemakers attached, including bells and a multi-octave range of squeeze-type bicycle horns. Trietsch constructed this instrument himself as well as a series of slide whistles he played in addition to the washboard. The washboard, along with other artifacts from the band, is now in the collection of the Indiana State Museum.-WikiPedia

Spoiler : "Are You Ready Hezzie" - The group formed in the U.S. state of Indiana where the performed on local radio before moving to Chicago and a successful nationwide broadcasting and recording career. The group later moved to Hollywood to star in many feature- length western movies. 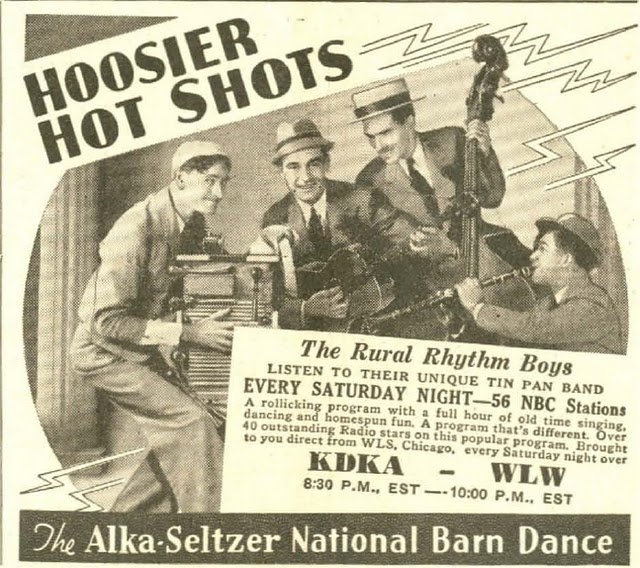 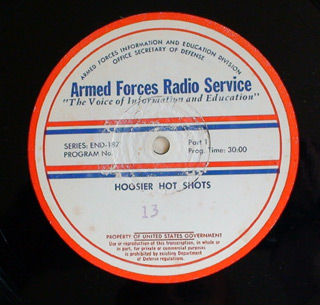 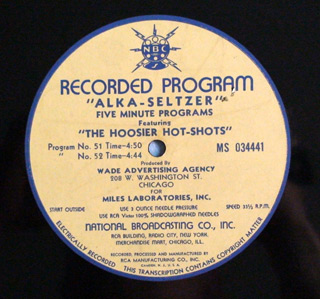 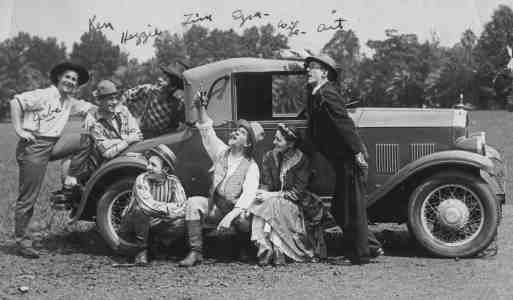 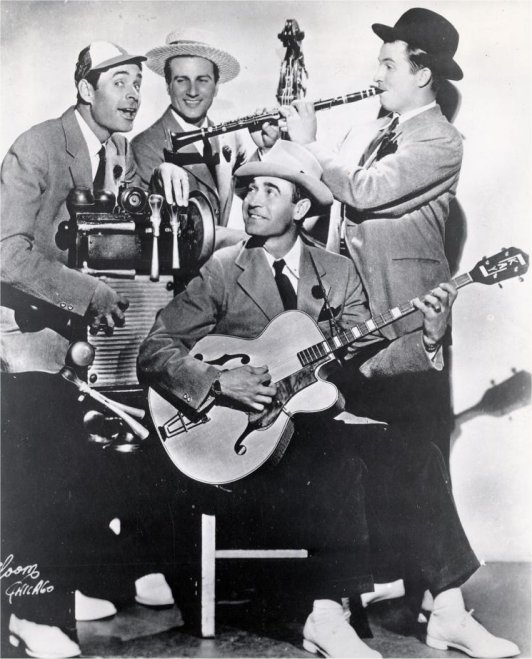