Spoiler : Beginning in 1941, the Coca Cola Company sponsored “Coca Cola Spotlight Bands.” The series featured various popular bands, as opposed to one specific band. The program was broadcast on all Mutual stations six nights a week, and Monday through Friday, there was a fifteen minute program broadcast nationally at 10:15-10:30 p.m. (Eastern). Each night, a different band would usually appear from a Mutual studio in New York, Chicago or Hollywood, although several programs were broadcast from other locations. The flagship Mutual stations WOR, WGN and KHJ generally originated the broadcasts. The New York programs originated from the stage of a new Mutual Theatre on West 39th Street. Mutual had renovated the former Maxine Elliott Theatre with state-of- the-art broadcast equipment. Then, on Saturday evening, a thirty minute program would be broadcast at 10:15-10:45 p.m. (Eastern). Whereas Mutual scheduled the bands for the Monday through Friday episodes, the Saturday evening program was reserved for the band that posted the largest nation-wide record sales for the previous week. The identity of the band was kept secret from the national audience until the program went on the air. Spotlight Bands became a popular program and conflicts with other sponsors occurred. Glenn Miller won an early “champion of champions” award for “Chattanooga Choo Choo,” and Miller was featured on the Spotlight Bands programs as weekly champion on Saturday, November 22, 1941 and Saturday, December 6, 1941. The Mutual announcers thanked Miller’s CBS sponsor, Chesterfield Cigarettes, for permission to allow Miller to appear. These appearances came to a quick halt as Chesterfield owner Liggett and Myers and their advertising agency withdrew permission, and Miller would not appear on another Coca Cola program until September 26, 1942, following his final Chesterfield program before joining the Army. The Coca Cola broadcast would, ironically, be the final on-air performance by Glenn Miller and his Orchestra. 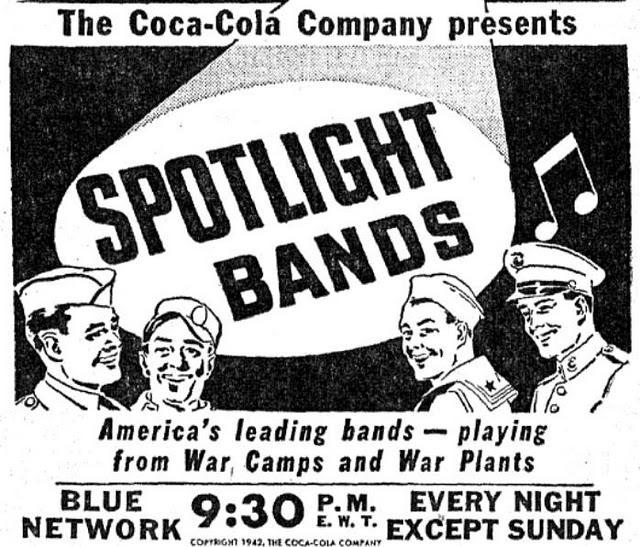 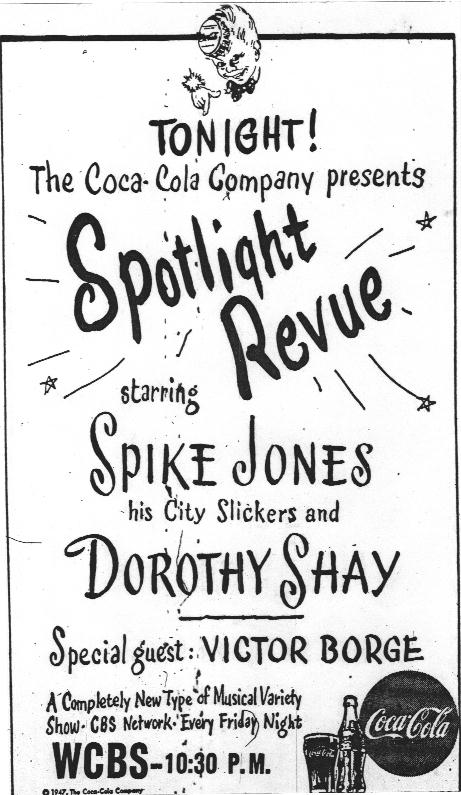 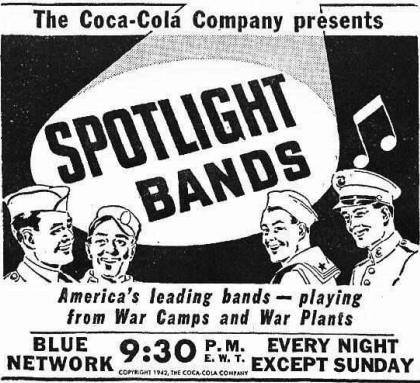