+ Ray Noble (17 December 1903 – 3 April 1978) was an English bandleader, composer, arranger, radio comedian, and actor. Noble wrote both lyrics and music for many popular songs during the British dance band era known as the "Golden Age of British music", notably for his longtime friend and associate Al Bowlly, including "Love Is The Sweetest Thing", "Cherokee", "The Touch of Your Lips", "I Hadn't Anyone Till You", "Isle of Capri", and his signature tune, "The Very Thought of You". Noble also played a radio comedian opposite American ventriloquist Edgar Bergen's stage act of Mortimer Snerd and Charlie McCarthy, and American comedy duo Burns and Allen, later transferring these roles from radio to TV and popular films.-WikiPedia

Be the first to comment on "guest joe morrison " 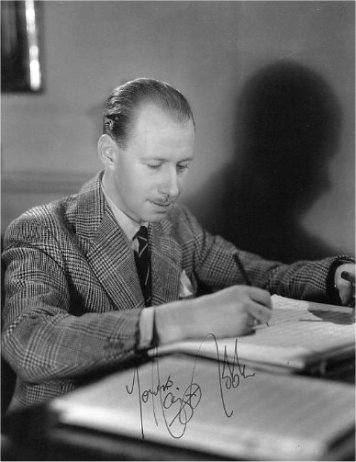