+ Glenn Miller composed the music to Moonlight Serenade in 1935, with official lyrics added later by Mitchell Parish after two other sets of lyrics were written. "Moonlight Serenade" was Glenn Miller's theme for his radio programs between 1939 and 1942 (except for a brief period in 1941). This song has been covered from artists as diverse as Frank Sinatra to Barry Manilow. Also include folk rock singer Carly Simon jazz musician and Quartet West leader Charlie Haden, television and Broadway performer Carol Burnett, the doo-wop group The Rivieras, Toots Thielemans, Kurt Elling, jazz guitarist Bucky Pizzarelli, Bobby Vinton, Deodato, Count Basie and his Orchestra, Gene Krupa and his Orchestra , the Boston Pops with Arthur Fiedler , John Williams and Keith Lockhart , each conducting during their tenures with the orchestra. Ray Conniff, Paul Mauriat, and the rock group Chicago also have their own versions of "Moonlight Serenade" on a 1995 3 inch CD single in Japan and on the album Night & Day Big Band (1995). "Moonlight Serenade" appears in the films Rumor Has It… (2005) and The Aviator (2004). Initially it was released as a B side, Bluebird B-10214-B, to the song bandleader Frankie Carle composed and the Miller band covered called "Sunrise Serenade" in May, 1939 on Bluebird Records, a sub-label of RCA Victor. The record eventually made the Top Ten charts, reaching number three on Billboard where it stayed for fifteen weeks and was the number five record of 1939 in the year-end chart of the top records of 1939 compiled by Billboard. The 1939 RCA recording was also issued as a V-Disc, No. 39A, in November, 1943 by the U.S. War Department. The recording reached number twelve in the UK in March, 1954, staying on the chart for one week. In a medley with "Little Brown Jug" and "In the Mood", "Moonlight Serenade" reached number thirteen on the UK charts in January, 1976, where it stayed for eight weeks.-WikiPedia

Be the first to comment on "memories of miller " 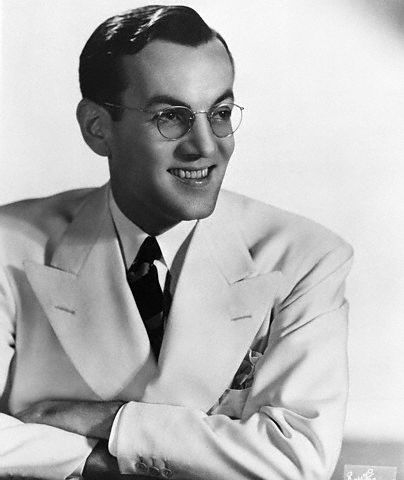