+ Jean Sablon (Nogent-sur-Marne 25 March 1906 – 24 February 1994 at Cannes) was a popular French singer and actor. The son of a composer, with brothers and sisters who had successful careers of their own in musical entertainment, Jean Sablon studied piano at the Lyceé Charlemagne in Paris. He left before graduating to enroll at the Paris Conservatoire in order to concentrate on a vocal career. He started in the cabarets of Paris at the age of 17, and was subsequently accompanied on his first album by the pianist/composer Mireille, whose song Couchés dans le foin became a great success. Later, he partnered the wildly popular Mistinguett at the Casino de Paris and boosted his career considerably. He was the first cabaret singer to use a microphone in his stage act. In the 1920s he spent time in Brazil where his recordings remain extremely popular today.-WikiPedia 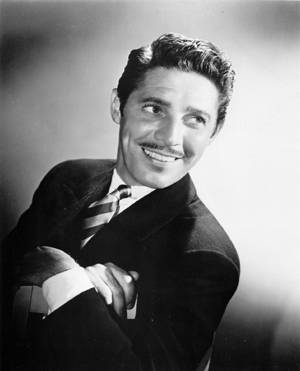