+ Jack Smith (31 May 1898, The Bronx, New York City – 13 May 1950, New York City) was known as "Whispering" Jack Smith and was a popular baritone singer in the 1920s and 1930s who made a brief come-back in the late 1940s. He was a popular radio and recording artist who occasionally appeared in films. Smith began his professional career in 1915, when he sang with a quartet at a theater in the Bronx. After service in World War I, he got a job in 1918 as a "song plugger" for the Irving Berlin Music Publishing Company. He was a pianist at a radio station when he got his singing break substituting for a singer who failed to show up. Smith was exclusively on the radio, but beginning in 1925, he began making records. He also started performing on-stage on the vaudeville circuit. In 1927, Smith toured England, performing with the Blue Skies Theater Company singing tunes such as "Manhattan" by Rogers and Hart and songs by Gershwin, when he was suddenly replaced by a new all-girl singing trio, the Hamilton Sisters & Fordyce. Smith returned to New York and eventually went to work for NBC Radio.-WikiPedia Click here to read more about Jack Smith Show

Spoiler : Ginny Simms was Smith's co-host on this series that was broadcast from August 27, 1951 to June 12, 1952. Frank De Vol and His Orchestra provided the music. 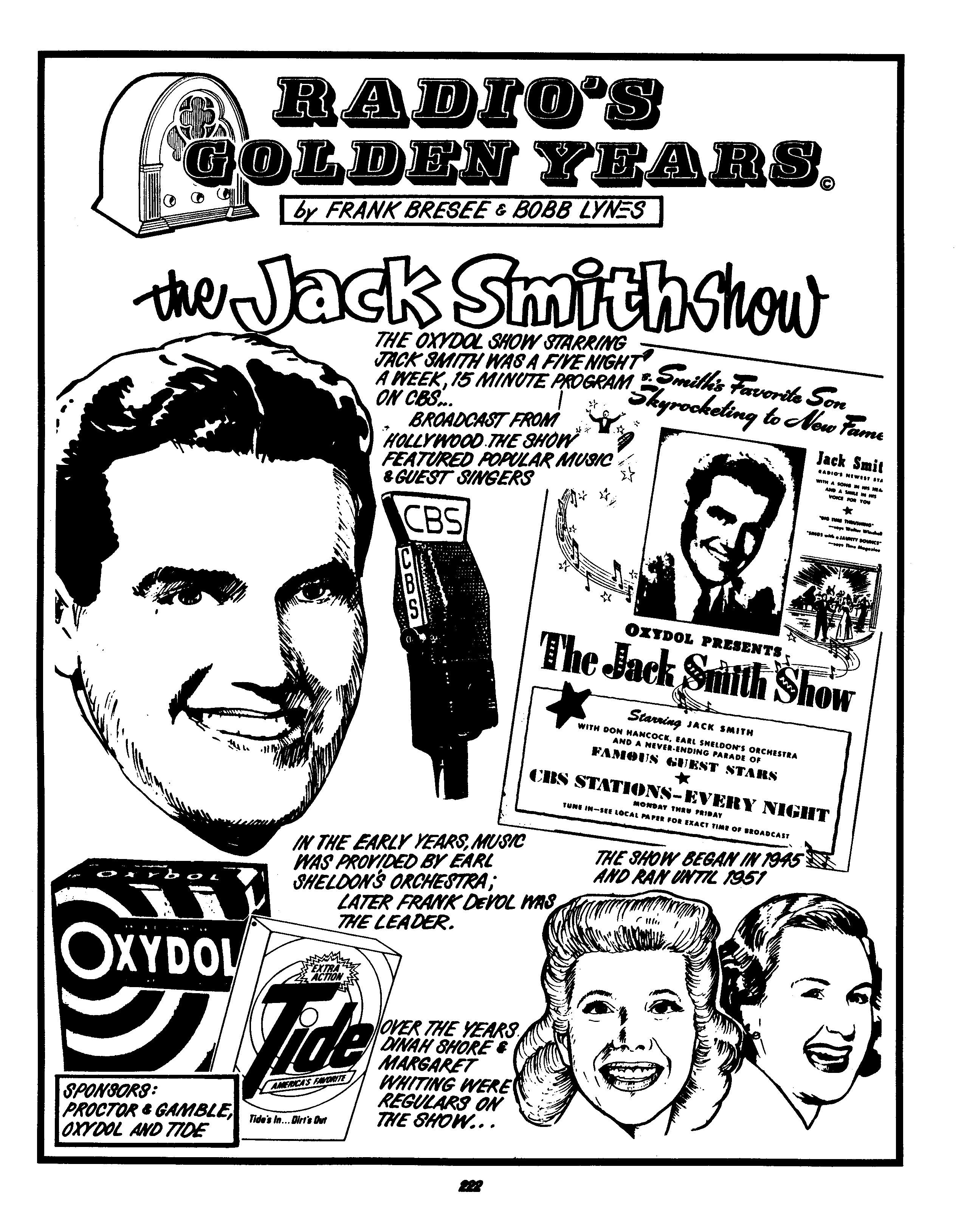