+ The NBC Symphony Orchestra was a radio orchestra established by David Sarnoff of the National Broadcasting Company (NBC) especially for conductor Arturo Toscanini. The NBC Symphony performed weekly radio concert broadcasts with Toscanini and other conductors and served as house orchestra for the network, beginning November 13, 1937 and continuing until 1954. A new ensemble called the "'Symphony of the Air'", made up of former members of the NBC Symphony Orchestra, performed from 1954 to 1963, notably under Leopold Stokowski. In the first several seasons the NBC Symphony broadcasts were "sustaining" programs, meaning that they were paid for and presented by NBC itself. In later years the broadcasts were commercially sponsored, primarily by General Motors. Under GM's sponsorship the NBC Symphony broadcasts went out under the title of General Motors Symphony of the Air, not to be confused with the later orchestra of the same name. Other sponsors included the House of Squibb, the Reynolds Metals Company, and the Socony Vacuum Oil Company.- WikiPedia 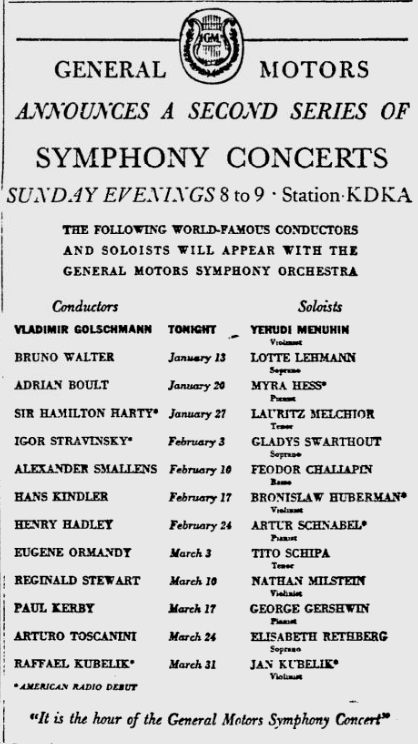 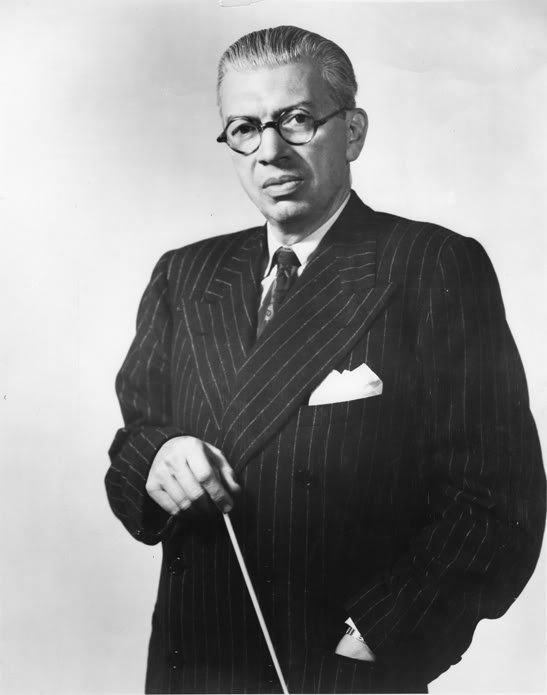