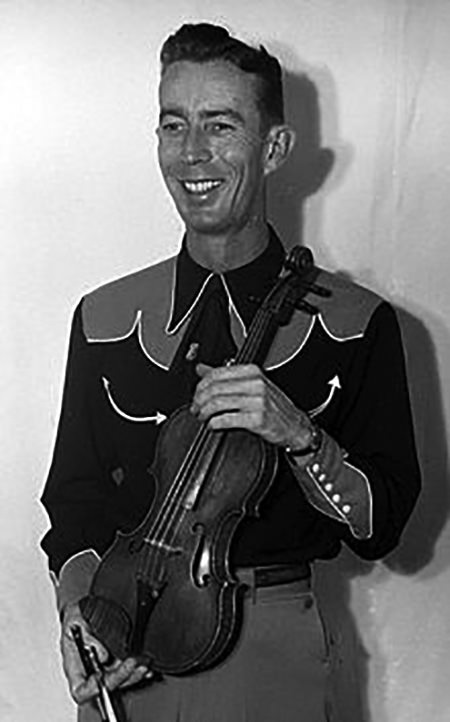 + Cecil Lee Brower (November 28, 1914–November 21, 1965) was a classically trained American jazz violinist who became an architect of Western swing in the 1930s. Perhaps the greatest swing fiddler, he could improvise as well as double shuffle and created his own style which became the benchmark for his contemporaries. Brower played in many Western bands, including his own, and was a renowned Nashville session musician. He performed with some of the biggest names in country music until his death at age 50 while a member of Jimmy Dean's band. Brower is a member of the Texas Music Hall of Fame. After serving from 1942–46 in the US Coast Guard during and briefly after World War II, Brower played with the Hi-Flyers[11] before forming Cecil Brower's Cowboy Band in Fort Worth in 1947, which moved to Odessa in 1948 and became known as Cecil Brower and His Kilocycle Cowboys. The group included Jack Jordan (bass), Buster Ferguson (guitar, vocals), Andy Schroder (steel guitar) and Frank Reneau (piano). The band performed at the Oasis nightclub and recorded at KECK-AM in Odessa.-WikiPedia Click here to read more about Cecil Brower And His Kilocycle Cowboys

Be the first to comment on "first song dill pickle rag " 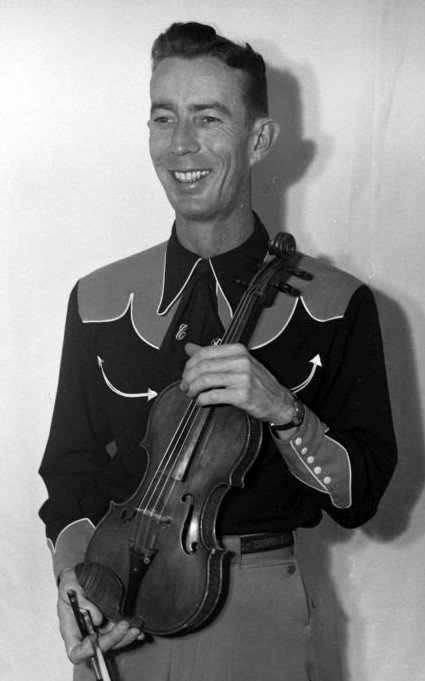