+ The Carter Family was a traditional American folk music group that recorded between 1927 and 1956. Their music had a profound impact on bluegrass, country, Southern Gospel, pop and rock musicians as well as on the U.S. folk revival of the 1960s. They were the first vocal group to become country music stars. Their recordings of songs as Wabash Cannonball, Can the Circle Be Unbroken, Wildwood Flower, Keep On the Sunny Side and their most well-known I'm Thinking Tonight of My Blue Eyes made them country standards, especially the latter which had significant re-exposure as Roy Acuff's The Great Speckled Bird, Kitty Wells' It Wasn't God Who Made Honky Tonk Angels and Hank Thompson's The Wild Side of Life making the song a hit all over again in other incarnations. The original group consisted of Alvin Pleasant "A.P." Delaney Carter (1891–1960), his wife Sara Dougherty Carter (1898–1979), and his sister-in-law Maybelle Addington Carter (1909–1978). Maybelle was married to A.P.'s brother Ezra (Eck) Carter and was also Sara's first cousin. All three were born and raised in southwestern Virginia, where they were immersed in the tight harmonies of mountain gospel music and shape note singing. Throughout the group's career, Sara Carter sang lead vocals; Maybelle sang harmony and accompanied the group instrumentally; on some songs A.P. did not perform at all but at times sang harmony and background vocals and once in a while, lead vocal. Maybelle's distinctive guitar playing style became a hallmark of the group.-WikiPedia 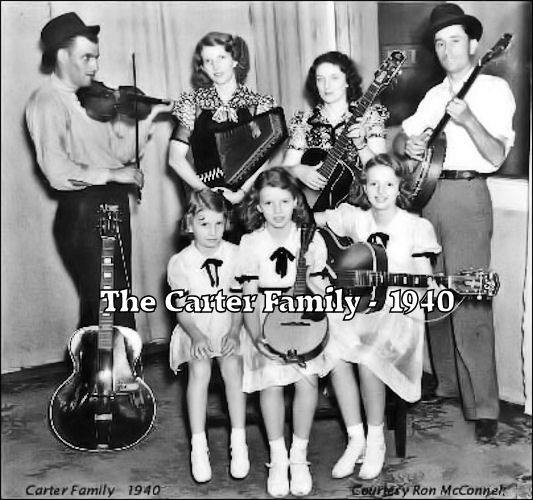