+ The story centered around Lee Masters, the blind FBI detective that solved crime in is own unique style. The series was one of many directed and produced by Gerrie van Wyk and was an original idea developed between Gerrie and Brian O'Shaughnessy. Gerrie later succeeded with another series entitled “Crisis Call”, and many Afrikaans serials for Springbok Radio, including the long running series “Oupa Jasper” and "Die Vlugteling". Research has shown that there were in fact 2 seasons of this series. The first season only lasted 28 episodes and was broadcast between July 1967 and February 1968 on Friday evenings. A second more successful season started in November 1969 and continued until September 1974 broadcast on Tuesday evenings. The series had 3 writers, with Brian O'Shaughnessy writing the most episodes. Brian also acted in many of the episodes. Tony Jay , who also wrote several episodes, played the lead role, Lee Masters. He was replaced in 1973 by Louis Ife, another writer who played Lee, until the end of the series in 1974. The music, including the opening theme music was composed specially for the series by Colin Campbell. Click here to read more about Sounds Of Darkness

Spoiler : Whilst SoD is very obviously a South African radio police drama, it has a strangely compelling quality to it that goes beyond its surface attributes. To begin with, let's get the basics out of the way. SoD is chiefly centred on Lee Masters (played by Tony Jay) who is an intuitive FBI officer, albeit a blind gentleman. This is the point of the show's title, and also Lee's position: He works in, gets his physical clues, and "fights against" the Sounds of Darkness. But this is a shallow interpretation. Lee Masters is an inherently intelligent intelligence man. His lack of the ability to see appears to give him a deeper understanding of crime scenes, the mind/psyche of the wrongdoers, and the way to proceed in the solving of the crime. He is a man who has no time for random chat, his focus never wavers. The supporting characters may discuss anything from the problems facing them to the price of fish, and Lee will let them - all the time working out precise steps to get closer to the truth and the ultimate conclusion. Sadly, for the casual listener, SoD might make for at best, a difficult show to follow (when compared to, say, Squad Cars), and at worst, boring and trite. In truth, the fake "Yahng-kee"accents can be a little distracting, but you have to give Lee Masters time. One listen of one show isn't enough to get "inside" Masters and get comfortable with him as a lead. I've listened to quite a few SoD episodes now, and am only just beginning to appreciate how complex a character Masters is, and what a gamble the makers of this series took in creating him. As I said previously, Squad Cars gets you right into the action, plus it's *set* in South Africa, so there's no having to put on unfamiliar and difficult accents. Setting SoD in the United States, and it's lead an FBI operative, can work against it - especially when lesser characters plain cannot manage the nuances of dialect. But we have to look past such things if we really want to like the deliberately unlikable Lee Masters. He is deep, which gets mistaken for unpleasant. He has no chat, while characters around him discuss everything. He has almost no sense of humour. He is dedicated to his job, and there is a sense that he feels vaguely irritated at having his sidekick "see" for him, describe scenes, help him get about. But again, these are surface attributes, which we must break through to get to a driven, yet compassionate, emotional, complex man. SoD is a series with a lot of differences and insists that its listeners either "get it" or turn the dial to something lighter. But believe me, perseverance will reap rewards. Lee Masters is an acquired taste, but, like a perfectly produced single malt, ultimately gives great satisfaction.

Reply
Spoiler : Featuring the Australian series that was the replacement series for the long running imported series “Nightbeat”. The story centered around Lee Masters, the blind FBI detective who solved crime in its own unique style. 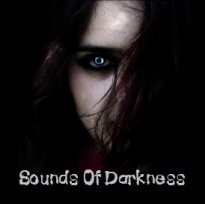