+ Clara, Lu, and Em was radio's first network daytime soap opera, beginning June 16, 1930 over WGN-AM Chicago, Illinois. It continued through the 1930s and early 1940s on the NBC Blue Network and CBS, finally airing as a syndicated series in 1945. The program became the first network daytime radio serial when it was moved from its original evening time slot to days. The drama series began as a Northwestern University sorority sketch by Louise Starkey (Clara), Isobel Carothers (Lu) and Helen King (Em). Their friends suggested they go on the radio, so the trio approached WGN and did their first shows for no pay. As interest grew, they were sponsored by Colgate-Palmolive and were heard evenings on the Blue Network from January 27, 1931 to February 12, 1932, moving to weekdays for a run from February 15, 1932 to March 12, 1934. They continued on NBC and the Blue Network, doing an evening series in 1936 with music by Ted Fio Rito. Storylines centered around three women who lived in a small-town duplex. Clara Roach and her family lived on one side of the duplex, Emma Krueger lived with her family on the other side. Widow Lulu Casey lived upstairs with her daughter Florabelle. When Isobel Carothers suddenly died January 8, 1937 at age 32, Louise Starkey and Helen King decided not to continue. When the program returned with Starkey and King in 1942 on CBS, another of their Northwestern University friends, Harriet Allyn, portrayed Lu. Allyn continued in the 1945 cast as Em, along with Fran Allison as Clara and Dorothy Day as Lu.-WikiPedia Click here to read more about Clara, Lu And Em

Reply
Spoiler : Originally aired on WGN-Chicago, sponsored by Super Suds, it became a NBC network show that was broadcast from 1931 to 1936. It starred Isabel Carothers as Clara, Louise Starkey as Lu, and Helen King as Em. The trio also created the series while attending Northwestern University. The series ended when Carothers died in 1936, but was revived by CBS in 1942 with a different cast.. 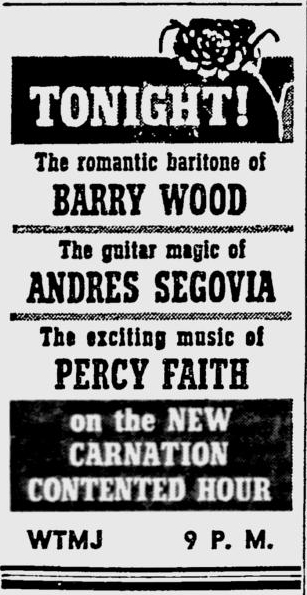 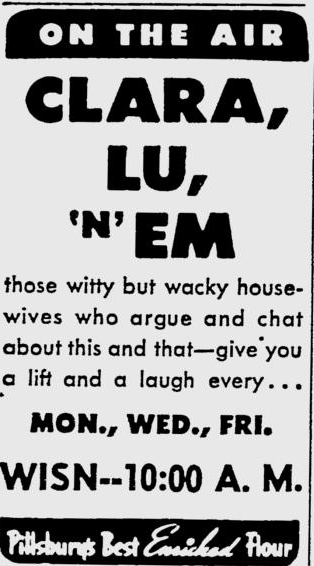 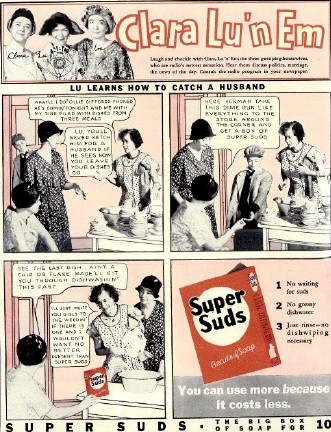 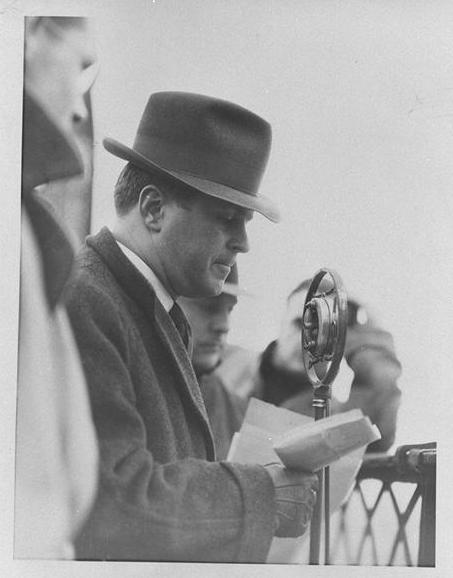 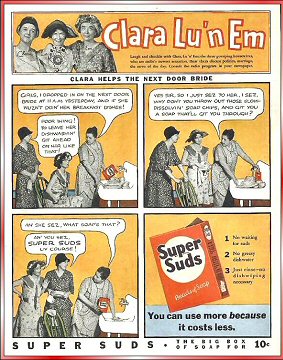 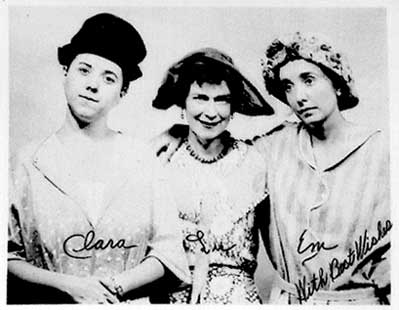