+ Bob Hawk was an American radio quizmaster and comic whose early work in radio set the standard for the "man in the street” interviews. Camel cigarettes sponsored several of his radio programs, including The Bob Hawk Show, a popular quiz show of the late 1940s and early 1950s. His programs included: Foolish Questions (1936), Fun Quiz (1936) Quixie Doodles (1938)for the Mutual Broadcasting System, Name Three (1939-40) for Mutual, sponsored by Philip Morris, Take It or Leave It (1940-41) for CBS, sponsored by Eversharp, How’m I Doin’? for CBS, sponsored by Camel, Thanks to the Yanks (1943-45) CBS, sponsored by Camel, The Bob Hawk Show for CBS, sponsored by Camel In 1949, The Bob Hawk Show moved to Hollywood from Chicago, then a central broadcasting hub with 22 radio stations. During its last years on the air, the program was recorded and edited down to 30 minutes. Hawk wrote the questions for his quiz programs, and he often devised clever ones. One such trick question: "Could a baseball game end in a six-six tie without a man touching first base?" Answer: "Yes, if the game was played between two girl teams." Hawk failed to make the move to television, and in 1952, he was quoted in Time: "Why should I bat my brains out in TV when radio is paying so well?" At the time his radio show was consistently rated in the top 12 radio shows nationally. Hawk has a star on the Hollywood Walk of Fame.-WikiPedia

Be the first to comment on "bob hawk show " 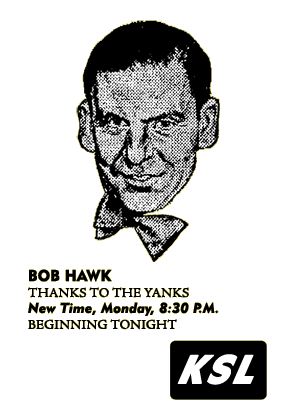 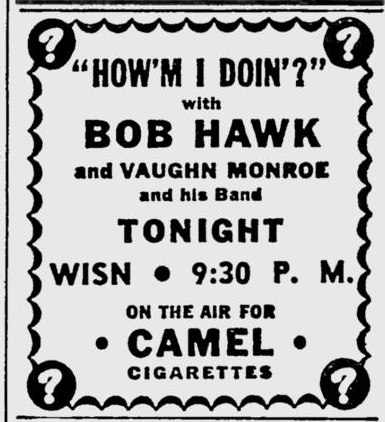 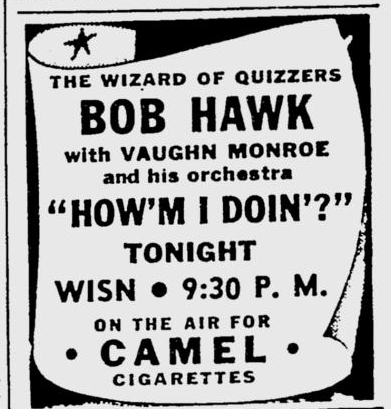 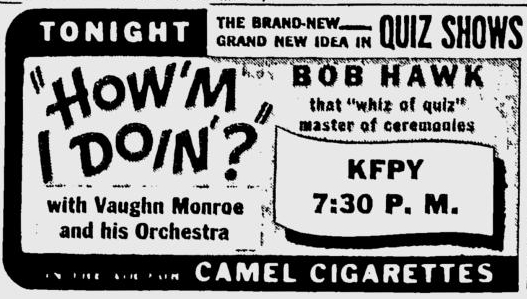