+ Walter O'Keefe (August 18, 1900 – June 26, 1983) was an American songwriter, actor, syndicated columnist, Broadway composer, radio legend, screenwriter, musical arranger and TV host. O'Keefe began as a vaudeville performer in the midwest for several years. In 1925, he went to New York and became a Broadway performer. By 1937, he wrote a syndicated humor column and filled-in for such radio personalities as Walter Winchell, Edgar Bergen, Don McNeill and Garry Moore. He became the long-time master of ceremonies of the NBC show Double or Nothing and was a regular on that network's Monitor series. He has a star on the Hollywood Walk of Fame in the category of radio.-WikiPedia

Be the first to comment on "guest paul wellman " 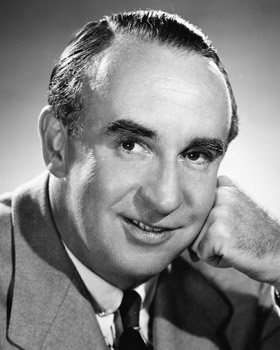