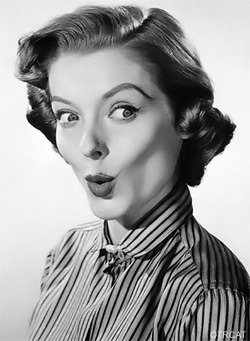 + Can You Imagine That? wasn't a particularly historic or ground-breaking production over West Coast Radio. It was simply entertaining. Nothing more, nothing less. A combination of Ripley's Believe It Or Not, Information Please, and Can You Top This?, the program was presented as a combination of docudrama sketches combined with vignettes about odd news items and historical oddities. Lindsay MacHarrie, who both wrote and directed the production, as well as acting in many of the vignettes, had been a prolific producer while at stations KHJ and KMPC in Hollywood. He also acted as host and narrator for the entire run. The format would tease three or four of the oddities to be presented, then after a 90 second commercial break would present the combination of fascinating vignettes for the evening. Presented in a 15-minute format, each episode managed to cram four to six interesting topics into the twelve minutes alotted to each script. In what would come to be a fairly formulaic format, the dramatizations would be heard first, often closing with a vignette about an old or popular song of the era. We did a bit of fact-checking on the historical vignettes presented throughout the series and they hold up pretty well even seventy years hence.

Spoiler : This is a Broadcaster's Program Syndicate/Bruce Eells and Associates syndication. Lindsay MacHarrie is the host. This series features dramatized "Believe It Or Not" type stories.

CAN YOU IMAGINE THAT? 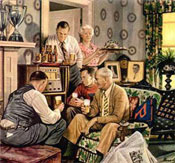