Art Baker was one those rare people whom everyone seemed to like. In September of 1938, he began recording a little program at the studios of KFI, Los Angeles, Art Baker’s Notebook. The series was syndicated around the country. Art’s slightly nasal voice and tall, slim figure and snowy white hair made him a natural in the movies in small roles as doctors, lawyers or business types. he appeared in more than 40 films. When he took him program to TV, it was eventually retitled You Asked For It, a sort of civilian version of Command Performance. Viewers sent in postcards describing what they wanted to see, and Art and his staff did everything possible to make it happen. 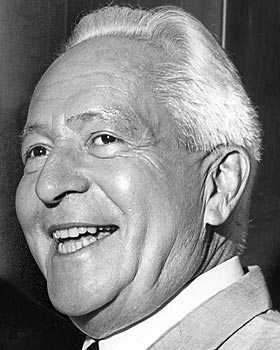 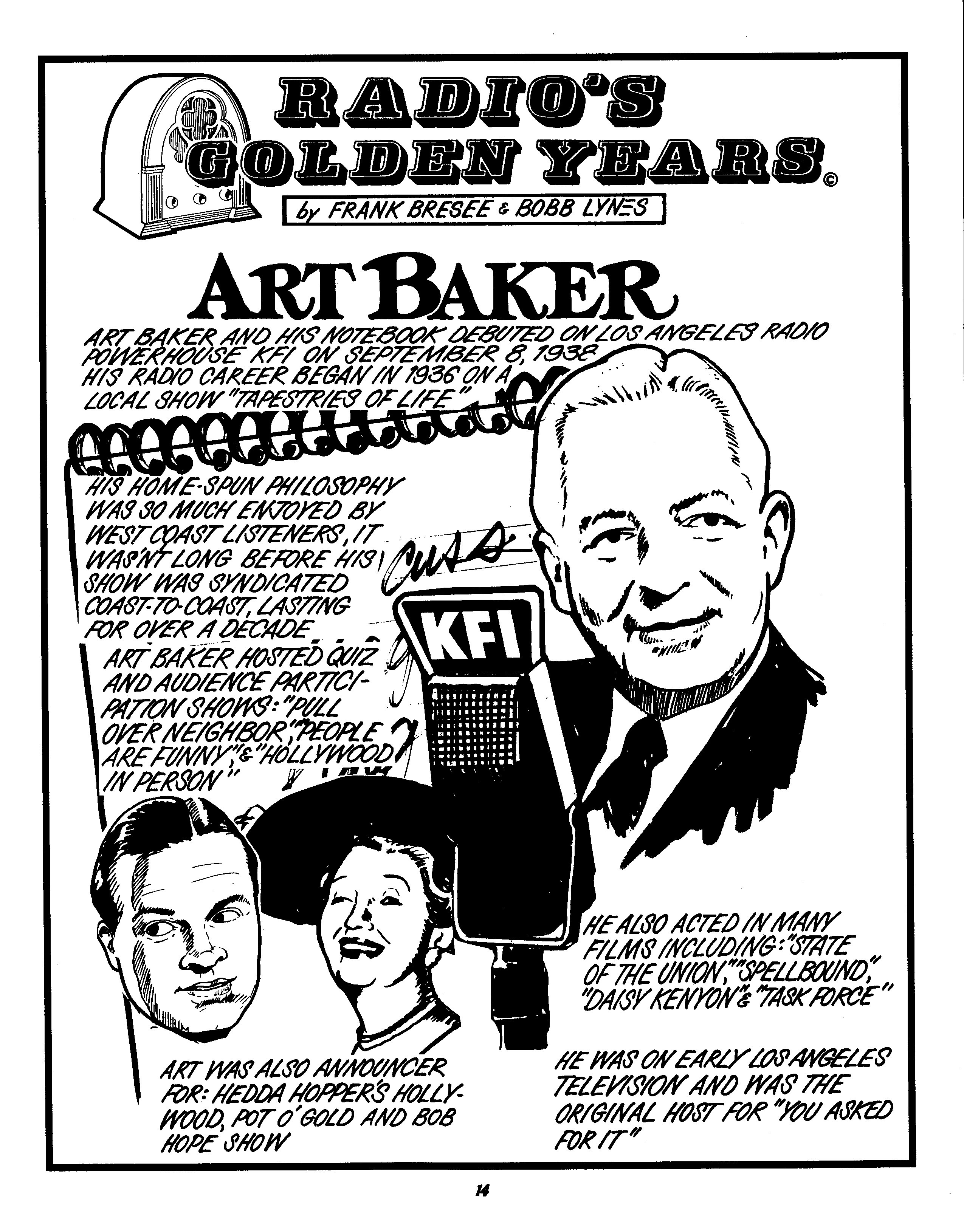