+ NBC-Red key station WMAQ, Chicago was responsible for much of the educational programming that NBC broadcast throughout the Midwest, over the entire NBC Red network and throughout much of Canada. With the re-inauguration of NBC University of The Air (and NBC Inter-American University of The Air) on July 6, 1942, NBC directly collaborated with colleges and universities throughout the U.S. and Canada to help create curricula that would grant higher-education credits for some of the University of The Air programming. This collaboration continued through approximately 1948. NBC University of The Air's The World's Great Novels, while not the most enduring of the NBC University of The Air runs, was certainly one of its most ambitious. Running for some one-hundred and forty-nine episodes, the series aired for four complete seasons between October 14, 1944 and July 23, 1948. During that period, The World's Greatest Novels aired a total of sixty, single-episode and multi-part dramatizations of the world's greatest novels (as cataloged in the sidebar at left). Although some of the novels were occasionally repeated, they were never rebroadcasts. Popularly repeated novels were Gulliver's Travels, Vanity Fair, and The Rise of Silas Lapham. Presumably these were either by popular listener request, or repeated at the behest of a college or university employing the radio programs in their curricula. NBC University of The Air made bound pamphlets of the scripts for each season's episodes available for the cost of postage and handling--twenty-five cents for each season's listening guide and bound scripts. NBC employed this practice often throughout the Golden Age of Radio. They made similar listener guides available for their Best Plays and Great Plays canon as well as through other of their prestigious sustaining productions. The newspapers of the era often cited references to The World's Great Novels as employed in higher education curricula throughout the U.S. and Canada. Apparently the intiative was also popular with high school teachers of the era. There's no question that NBC's educational programming division held great sway within the corporation. The decisions regarding NBC University of The Air programming were apparently made at the highest levels, with the continuing goal of improving both the breadth and scope of the various productions each year between 1942 and 1948. Indeed, if anything, NBC University of The Air was a victim of its own success with educators. As the demand for the educational programming increased, NBC focused more on doing the more prestigious works justice, once observing that if the series would continue beyond 1948, the network would demand far more than the "five to seven hours of rehearsal" that most of the productions had been allotting for each program. In the end, it was determined that the quality of such productions was no longer sustainable in their existing format. NBC University of The Air ended, for all intents, with the last broadcasts of their U.N. themed NBC Inter-American University of The Air programs of 1947 and 1948. From that point forward, the NBC University of The Air became somewhat more commercialized or main-streamed with the introduction of the NBC Presents and NBC University productions from 1948, on. Click here to read more about Worlds Greatest Novels, The 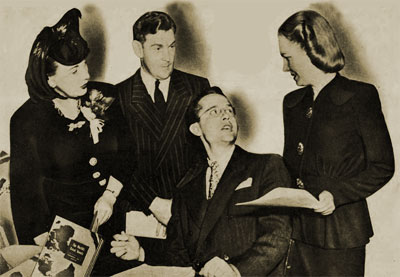 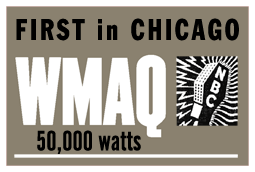 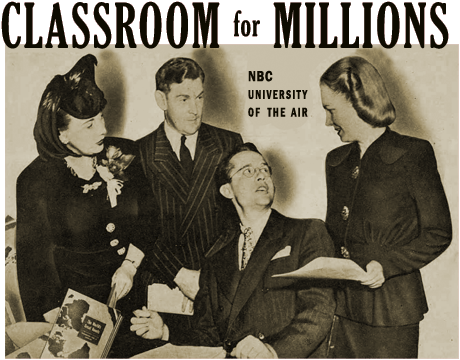 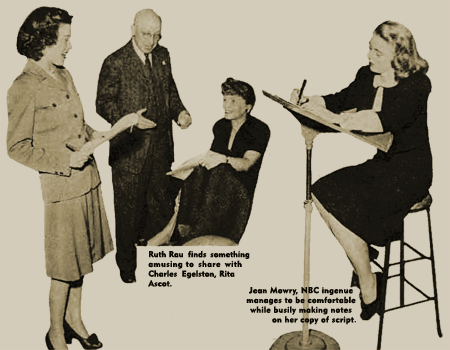