+ The Last of the Mohicans: A Narrative of 1757 is a historical novel by James Fenimore Cooper, first published in February 1826. It is the second book of the Leatherstocking Tales pentalogy and the best known. The Pathfinder, published 14 years later in 1840, is its sequel. The story takes place in 1757, during the French and Indian War (the Seven Years' War), when France and Great Britain battled for control of the North American colonies. During this war, the French called on allied Native American tribes to fight against the more numerous British colonists. Cooper named a principal character Uncas after a well-known Mohegan sachem (a head chief) who had been an ally of the English in 17th-century Connecticut. Cooper seemed to confuse or merge the names of the two tribes—Mohegan and Mohican. Cooper's well-known book helped confuse popular understanding of the tribes to the present day. After the death of John Uncas in 1842, the last surviving male descendant of Uncas, the Newark Daily Advertiser wrote, "Last of the Mohegans Gone," lamenting the extinction of the tribe. The writer did not realize the Mohegan people still existed. They continue to survive today and are a federally recognized tribe based in Connecticut. The Mohican were based in the Hudson River Valley and continue to survive today as a federally recognized Indian tribe as the Stockbridge-Munsee Community in Wisconsin. The novel was one of the most popular in English in its time, although critics identified narrative flaws. Its length and formal prose style have limited its appeal to later readers, yet The Last of the Mohicans remains widely read in American literature courses. The character Chingachgook speaks a line that holds the title, saying, "[W]hen Uncas follows in my footsteps, there will no longer be any of the blood of the sagamores, for my boy is the last of the Mohicans." The title is also referred to near the end of the book, when Tamenund says, "I have lived to see the last warrior of the wise race of the Mohicans."-WikiPedia Click here to read more about Last Of The Mohicans, The 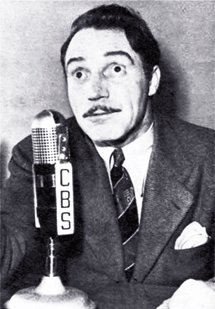