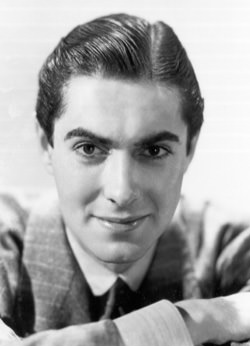 + Freedom USA was Radio Political Drama. Senator Dean Edward (Tyron Power) give the inside view of the USA Senate who investigates all kind of corruptions. Tyrone Edmund Power, Jr. (May 5, 1914 – November 15, 1958), usually credited as Tyrone Power and known sometimes as Ty Power, was an American film and stage actor who appeared in dozens of films from the 1930s to the 1950s, often in swashbuckler roles or romantic leads such as in The Mark of Zorro, Blood and Sand, The Black Swan, Prince of Foxes, The Black Rose, and Captain from Castile. Though renowned for his dark, classically handsome looks that made him a matinee idol from his first film appearance, Power played a wide range of roles, from film leading man to light comedy. In the 1950s, he began placing limits on the number of films he would make in order to have time for the stage. He received his biggest accolades as a stage actor in John Brown's Body and Mister Roberts. Power died from a heart attack at the age of 44.

Spoiler : This series was syndicated by ZIV beginning in 1951, with 52 episodes in the series. Tyrone power plays Senator Dean Edwards. Narrator is News Commentator, Washington Authority, Edwin C. Hill. Jimmy Wallington is announcer. Music composer & conductor is David Rose. Freedom USA takes the listener "into the Senate Chambers, the cloakrooms, the private offices, secret & private of political Washington, D.C." The story of your Government today." "Only the stories are fictional." 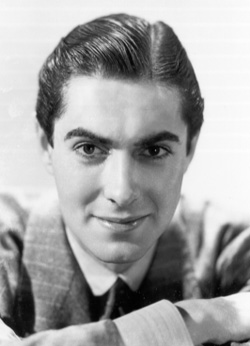