+ Between 1944 and 1953, the Mutual Broadcasting System and Radio station WOR, New York leased the Longacre Theater as one of its studio and production facilities. Rechristened the Mutual Longacre Theater, Mutual, WOR, DuMont's early Television station, WABD, New York and WOR's own WOR-TV recorded or broadcast many of their Radio and Television productions directly from the stage of the Longacre Theatre. Among the many productions mounted for Radio and Television there during the period were Broadway Talks Back, Exploring the Unknown, The Brownstone Theater and The Jackpot Show. The Brownstone Theater premiered on February 21, 1945 as a nostalgic tribute to the many older Broadway and off-Broadway plays that were often mounted in 'brownstone theatres' much like Mutual's own Longacre Theatre. Mutual's The Brownstone Theater inaugurated its first cycle of sixteen, half-hour productions with an adaptation of Charles Klein's 1905 sensation, The Lion and The Mouse. Following a two-week break, the series returned on Sunday evenings with Edward Rose's 1919 hit Cappy Ricks. Thereafter followed another eleven productions, ending with yet another revival of Richard Sheridan's timeless comedy, The Rivals, on September 23, 1945. Dating from 1778, Sheridan's The Rivals had been revived eight other times between 1778 and 1942--and almost always in brownstone theaters much like Mutual's Longacre.

The Brownstone Theater presentations were produced and directed by Mutual's 'Jock-of-All-Trades,' Jock MacGregor, with an ensemble cast comprised of some of New York's finest Radio voices and Stage actors, including Jackson Beck, Gertrude Warner, Les Tremayne, Jan Miner, Neil Hamilton, Walter Hampden, Michael Fitzmaurice and Shep Mencken. The Radio series' productions were also filmed for early Television kinescope broadcasts over DuMont's New York Television station, WABD. Usually airing two to three weeks after the original Radio performances were recorded live, the Television productions added only a miniature stage and curtains through which to introduce and close each Television presentation. Bob Emery directed the Television productions for WABD. Sylvan Levin's wonderful musical background and transitions were retained in the DuMont Television productions as well. The Brownstone Theater's commentator and host was the esteemed Drama critic and author Clayton Hamilton, who'd written four influential studies on Stage Drama between 1910 and 1920: The Theory of The Theater, Studies In Stagecraft, Problems of the Playwright, and Seen on the Stage. Hamilton's 1939 opus, The Theory of Theater, compiled the four previous works into an even further expanded commentary on the past and future of Stage Drama. Somewhat lighter in commentary than the competing Stage Drama adaptations over Radio of the era, Clayton Hamilton nevertheless managed to add his unique perspective to each of The Brownstone Theater productions. The Brownstone Theater was something of a departure for Mutual, but given the competing Stage and Broadway adaptations which were finding increasing popularity over Mutual's competing networks, The Brownstone Theater acquitted itself well. Stage icon Walter Hampden was of course brilliant, but Jackson Beck, Jane Cowl, Les Tremayne, Jan Miner, Gertrude Warner and Neil Hamilton turned in equally inspired performances during the short-lived series. The series also offered the ensemble players the opportunity to perform in the manner of the repertory companies of the turn of the century. These were dramatic roles not usually available to them in the course of their regular commercial Radio work--and live, from the stage of a classic venue so very prized by any dyed in the wool Stage actor. It was also an opportunity to appear on one of Television's earliest widely viewed programs of the era. The surviving exemplars of The Brownstone Theater remain a wonderful, nostalgic tribute to the venerable plays mounted in hundreds of similar brownstone theaters and lyceums across North America during the turn of the 2oth century through the 1940s. It was also a unique foray into Stage play adaptations for Mutual, even more unique for Mutual and DuMont's ability to leverage the productions into a fine early Television offering as well. Principal Actors: Gertrude Warner, Jackson Beck, Les Tremayne, Inge Adams, Jan Miner, Elissa Landi, Jane Cowl, Edward Rose, Anthony Hope, Neil Hamilton, Walter Hampden, Michael Fitzmaurice, Shep Mencken, Bob Emery Click here to read more about Brownstone Theater

Be the first to comment on "cyrano de bergerac " 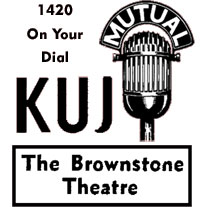 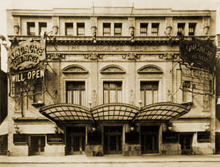 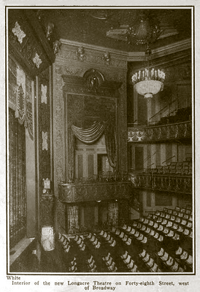 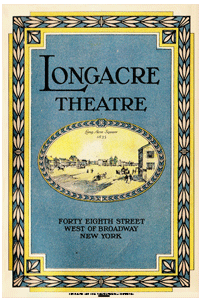 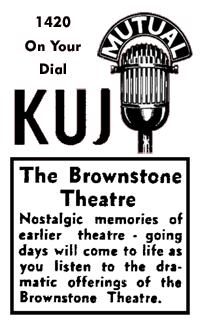 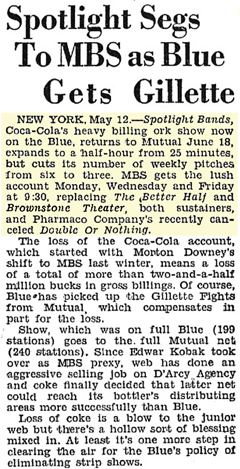 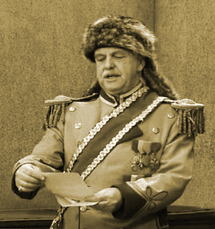 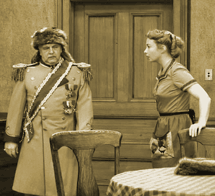 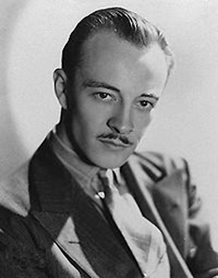 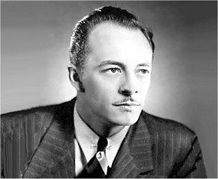 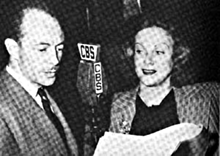 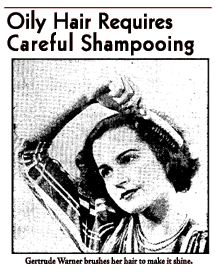 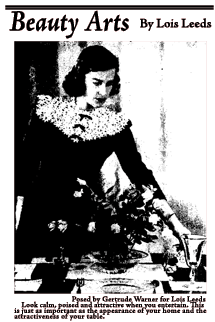 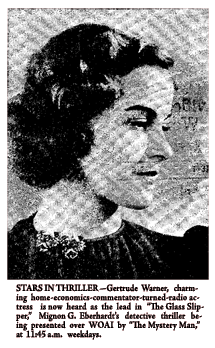 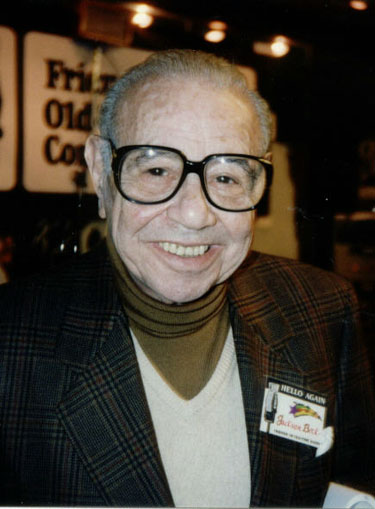 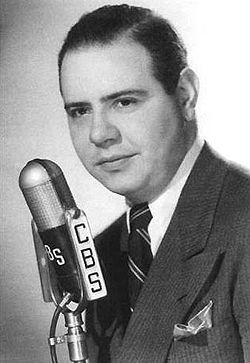