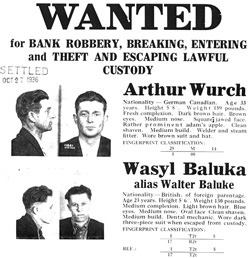 + NBC and CBS were in a continual battle for Radio audience market share. From the mid-1930s forward, NBC and CBS regularly imitated each others' programming successes, in many cases simultaneously. Sometimes the listening audience was the beneficiary of the intense rivalry, sometimes, not so much. CBS' various experimental, often ground-breaking Radio innovations were some of the most cutting-edge programming to ever air during the Golden Age of Radio. NBC, for its part mounted a long-running series of educational initiatives with the various incarnations of their University Theater of The Air and NBC Presents productions. With the explosion in highly realistic crime dramas during the late 1940s and throughout the 1950s, both NBC and CBS went head to head trying to trump the others' 'true crime' dramatizations, with programming such as the wildly successful Dragnet series over NBC and The Line-Up series over CBS. But for many in their listening audience, the realism of Dragnet and The Line-Up didn't go far enough. The 1950s brought even more realism with the Night Watch series over CBS in the mid-1950s and the similar Unit 99 from ABC in the late-1950s. Indeed, within a year of Dragnet's first success over Radio, NBC took the Dragnet series to Television. NBC's Dragnet series over Radio and Television were airing during the same period for three years. Columbia, by contrast tried to emulate Dragnet's Radio and Television success with The Line-Up, but managed only one season of The Line-Up over Television. The clear winners in the rivalry were the listening and viewing audiences. Both networks first began capitalizing on America's growing appetite for realistic crime depictions in 1950. CBS debuted its Somebody Knows series on July 6, 1950, with NBC countering the following day with its Wanted series airing July 7, 1950. Click here to read more about Wanted

Spoiler : This NBC series was broadcast by NBC from July 7, 1950 to September 29, 1950, making it a Summer series. It is an anthology program featuring dramatizations based on actual police files. It attempted to one-up Dragnet by using real names, and the actual voices of victims, friends, and relatives of the criminal featured on the program. The police officers heard working the cases were likewise the real officers on the case. The program was billed as "the program that brings you for the first time on the air, a nationwide manhunt in action." The listeners were assured that "nothing was changed" and "no one is protected" Host, producer and director for the series is Walter McGraw. Fred Collins is the narrator and announcer. P. L. Mayer is the writer. Morris Mamorsky is the music composer. Elliot Jacoby is the music conductor. 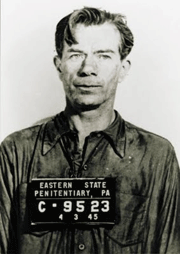 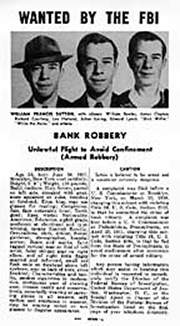