+ Walk Softly, Peter Troy Detective Drama Aired on Springbok Radio from 10 December 1963 to 21 February 1964. This series was produced in the Durban Studios of Herrick Merril Productions. It starred Tom Meehan, John Simpson, and Merle Wayne. It was sponsored by Irving & Johnson, who also sponsored the "Gunsmoke" series which "Walk Softly, Peter Troy" replaced. A sequel to this series was heard on the English Radio Service from 19 May 1964 to 28 November 1964. The sponsors, Irving & Johnson, reportedly disliked the series, which is why it was discontinued on Springbok Radio and moved to the English Service. This was the first series on the English Service that came from an independent production house, not produced by the SABC. There was an Australian version of this radio series produced prior to the South African productions. Several recordings of the Australian productions have survived, mislabeled as South African productions. Click here to read more about Walk Softly Peter Troy

Spoiler : I was born in Sydney in 1948 and my mother Christened me Peter as a result of listening to a radio show in Sydney called Walk Softly Peter Troy. She told me this in the early 1990’s as I started my family history research when I asked her why she chose the name Peter. I note that I cannot find any reference to this show being broadcast in New South Wales in this period 1946 – 48. There is reference to the show being broadcast in Australia prior to the South African series in the early 60’s, yet I can’t find any dates that this occurred. Mum was of very sound mind at the time she told me this and remained in very good mind until her passing in 2010 at the age of 92.

Reply
Spoiler : Featuring all of the existing programs of this great South African detective series. 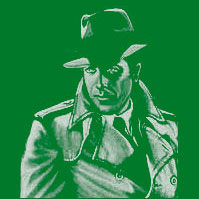