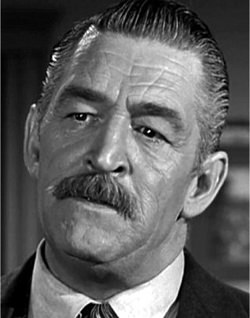 + PURSUIT (CBS 1949 - 1952) was a detective series that presented the cases of the fictional Scotland Yard Inspector Peter Black. (The leading character was called Inspector Harvey in the audition show and the first episode.) The Inspector was a dedicated policeman, a man hunter, who once on the case, would not rest until the wrongdoer was brought to justice. Black was assisted in cases by Sgt. Moffet. The series was unusual in that it featured dual narration. Starting in the Spring of 1950, Bill Johnstone provided the opening and closing narrations and sometimes, bridges between commercials. Inspector Black furnished the change of scenes and overall case narrations. Standard Opening: Spoken by the Narrator: "PURSUIT. "A criminal strikes and fades quickly back into the shadow of his own dark world. . . and then, the man from Scotland Yard, the famous Inspector Peter Black, and the relentless, dangerous pursuit. . When man hunts man!" Click here to read more about Pursuit

Spoiler : CBS broadcast this crime series from 1949 to 1952. Many sponsors paid the bills including Ford, which was the 1st sponsor. Producer & director was Elliott Lewis & William N Robson. Writers were Anthony Ellis & E Jack Neuman. Music was provided by Leith Stevens (1949- 1950), Marlin Skiles (1950-1951) and Eddie Dunstedter on organ (1951-1952). Sound effects was provided by Clark Casey, Ross Murray and Berne Surrey. Announcers were Don Baker & Bob Stevenson. Peter Black was played by Ted de Corsia (1949-1950), John Dehner (1950-1951) and Ben Wright (1951-1952). Chief inspector Peter Black of London's Scotland Yard went after bad guys with a vengeance. The epigraph of the show spelled out both his mission and his tactics; "A criminal strikes and fades quickly back into the shadows of his own dark world. And then the man from Scotland Yark, the rentless, dangerous pursuit...when man hunts man!" 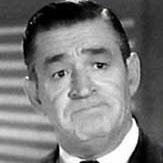 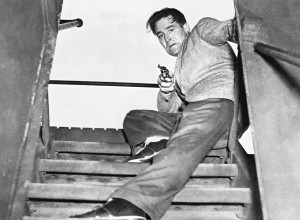