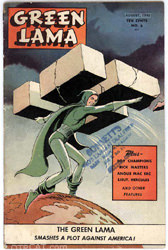 Green Lama was the radio adaptation of pulp magazine hero of the same name. The show had a blend of mystery and drama in all of its 11 episode broadcasted in CBS. It followed the story of Green Lama, who was also known as Jethro Dumont.

After ten years of stay in Tibet, Dumont, together with his Tibetan Tuku sidekick, traveled around the world to spread justice. Unlike other superheroes, Green Lama would be saved from his troubles by intimidating his enemies with his chant, "Ohm, Mani, Padme, Ohm, The Green Lama Strikes for Justice". The role of Green Lama/Jethro Dumont was played by Paul Frees, while Ben Wright took the role of his sidekick. The show had its first episode aired in June 5, 1949 and the last one on August 30, 1949. Click here to read more about Green Lama

Spoiler : I love that show!

Reply
Spoiler : It's not hard to understand why this series had a short run, All that "Mystic lama" jazz sounds as phony as a twelve dollar bill. You can't get "meditation, mystic powers and bad accents from supporting actors to take you to Tibet or anyplace else. Add to that the "mysteries" are just not very deep or well written. Philip Marlowe and Mickey Spillane did it first and did it much better, I could ;listen to Paul read cook books all day long, I knew him and wrote for him at one point. I never asked him about this series, and I'm glad I didn't. It is SO FAR BENEATH the level of his talent! He's done so many shows that are so much better. Go and find any one of them and skip this one. You won't be sorry. 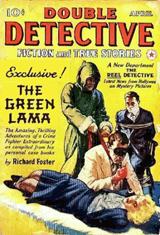 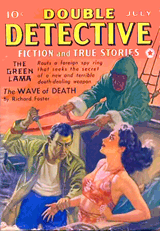 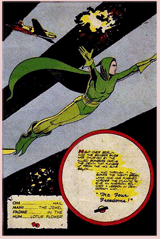 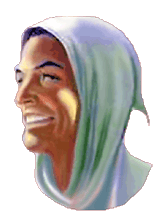 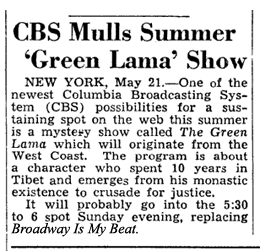 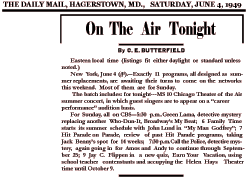 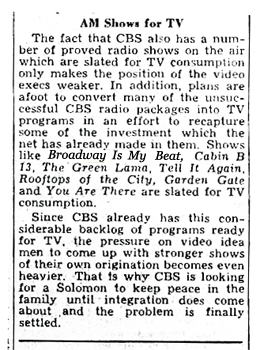 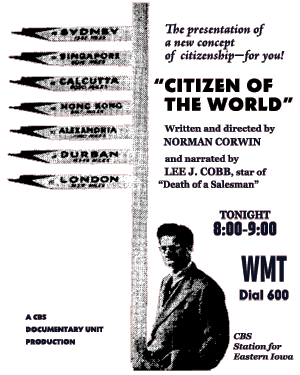 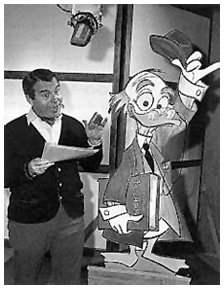 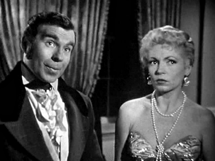 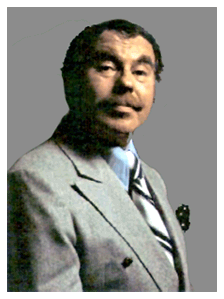 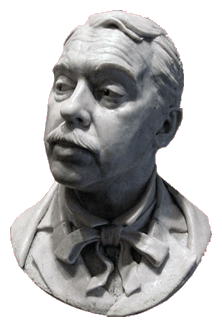 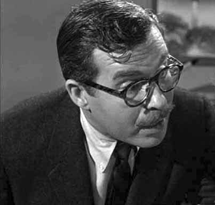 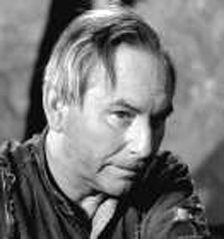