The show’s format was pretty much similar to Orson Welles’ Black Museum, where he picks an object kept in a museum, then explain the crime story about it. In Blackstone, the Magic Detective, the John picks an item at Blackstone’s studio, then Blackstone and Rhoda will tell John their adventure with that object and how magic had helped them. And then, each episode ended with Blackstone telling the secret behind his featured magic trick.

Blackstone, the Magician was based on the real-life magician Harry Blackstone. The old time radio mystery show stars Ed Jerome as Blackstone aka "the world's greatest living magician," plus Ted Osborne his John and Fran Carlon as Rhoda.

Each show begins with John finding an object in Blackstone's magic studiofrom a chainsaw to a talking skull to a fishbowl. Much like the Orson Welles radio show Black Museum, the object prompts a vivid story of mystery. Blackstone and Rhoda reminisce to their friend John about their tales of adventure and how magic saved the day.

Get your pens and papers ready because at the end of each episode, Blackstone shares the secrets one of his special magic tricks to impress your friends.

The announcer for Blackstone, the Magician was Alan Kent, and Bill Meeder supplied the dramatic organ rifts. Walter Gibson wrote for the series.

Click here to read more about Blackstone The Magic Detective

Spoiler : Never knew the magician was a detective. This is a program I missed.

Reply
Spoiler : I love this show. I listen to it quite often. I love how at the end they do a little trick for the listeners to do at home.

Reply
Spoiler : Featuring the radio series about Harry Blackstone, a former stage magician who uses his talents to help those in trouble. It was broadcast on Mutual from 1948 to 1950.

Reply
Spoiler : Blackstone The Magic Detective', Cast your minds back to the late forties. A completely different world of entertainment. Radio was king and TV was only slowly beginning to percolate into the public awareness. If you were like most people at the time if you wanted to see a good show you went out to one of the numerous night clubs. At this time the world of magic still held that indescribable air of mystery. The Orient and the far east still seemed so foreign and far away. The mere mention of a Magician who had travelled and studied in the Orient was the guarantee of a breath taking show. Stage Magic is visual it is the art of misdirection that makes the experience seem real. How could you possibly take a stage Magician and put him on the radio? you can't see the tricks whats the hook? First choose Blackstone The Magician as your character he was a popular and famous Magician at the time, next get Walter Gibson and Nancy Webb to write the show. They came up with the interesting idea of having Blackstone act as a sort of magical detective who would solve mysteries involving magic. Each show finds the announcer Don Hancock (Later replaced by Alan Kent) backstage or at Blackstones studio. The announcer played the uninitiated, the every Joe who saw magic and (edited)ted to know more. This was a clever plot device as it allowed the announcer to ask the type of questions we might ask if we had access to a Magician and a studio full of magic props. You see ? a very clever way of getting us caught up in the show. A show usually happened like this, Don or Alan would see a prop or object of interest and ask the question "Whats this, it looks interesting does it have a story" Rhoda, Blackstones assistant would say"oh yes that object is very interesting, why a few weeks ago Blackstone solved a robbery case using that object". Then Blackstone would silently enter and surprise both Rhoda and the announcer. Rhoda would encourage Blackstone to tell the tale. And thus we were into the show. It is easy to listen to this show and miss that it is so well written or that the plot devices are so genuinely clever. Much credit has to be given to Edwin Jerome who plays Blackstone he had an excellent voice and talks in a contained patter that is the mark of an experienced Magician. This show was 15 minutes long and under less adept writing and directing might have been contrite. The shows always involved mystical objects like "whispering Buddhas" or "The Coin Of Cleopatra" we were hooked, it had everything magic, mystery and a sense of danger. In many shows Blackstones life was in danger but in the end Blackstone would explain that there never was any real danger as he was never where the villain thought he was. Rhoda the assistant provided the "what do we do now Blackstone" that kept us informed. Blackstone would explain just enough of what he was going to do to build the tension, at the climax of the show all would be stunned and Blackstone would calmly explain what happened. And as an added bonus for the kids he would come back at the end of each show and explain a simple trick that we the folks at home could perform with ease. I have tried some of the tricks some work as advertised others baffle me. The show ran from 1948 to 1950 of the many shows broadcast 53 shows exist I have all of these shows and I have played them many, many times. I especially like the funky magical organ introduction to the show. Very well done. Blackstone The Magic Detective Blackstone: Edwin Jerome Rhoda: Fran Carlon Announcer: Don Hancock, Alan Kent Writers: Walter Gibson, Nancy Webb Director: Producer: Format: 15 minute complete story per episode Broadcast Dates: 1948-50 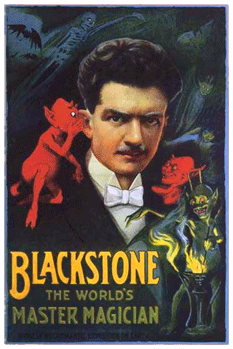 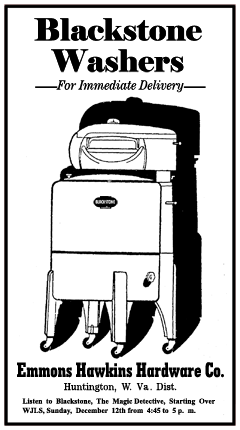 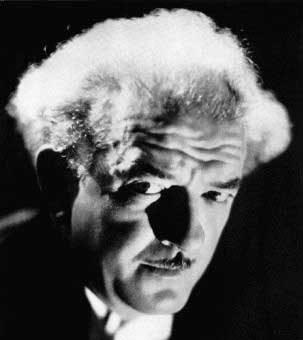 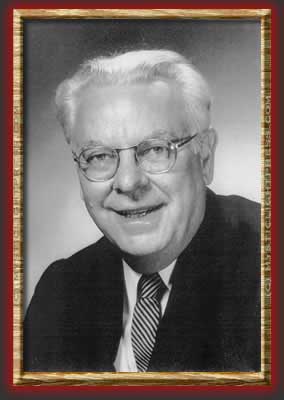 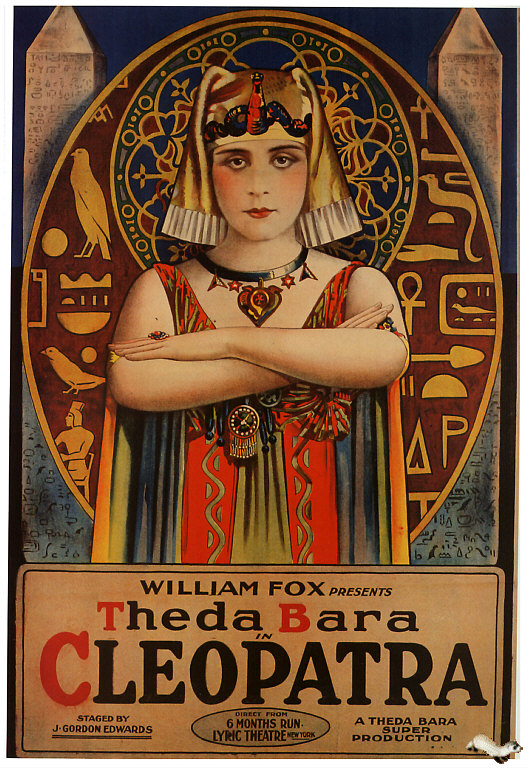 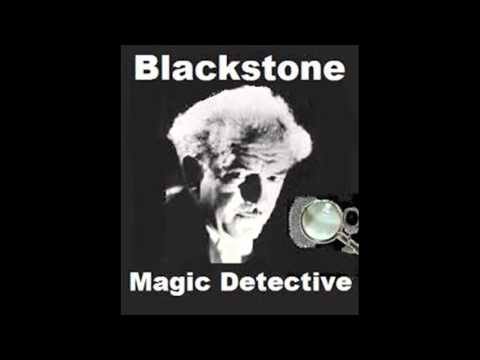 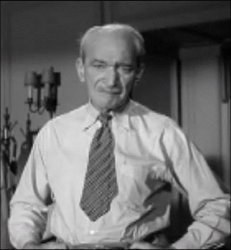 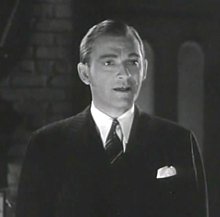 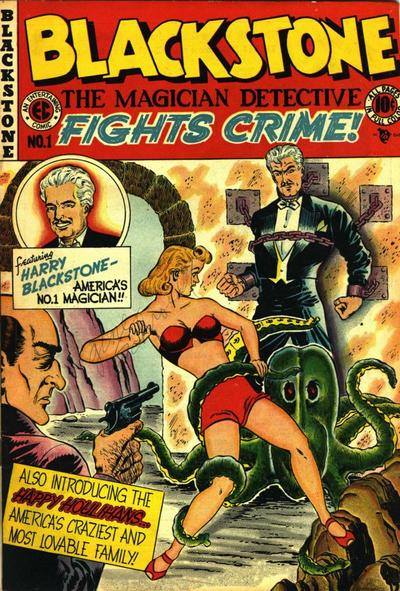 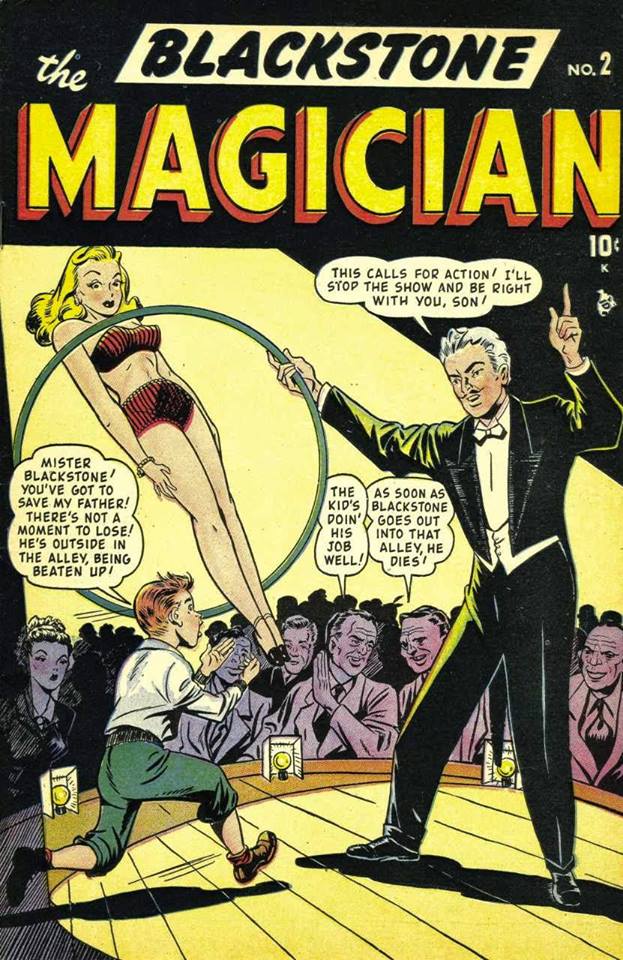