+ Yes, What? was an Australian radio comedy first broadcast in 1936, and is one of the best known examples of Australian radio drama. Originally called The Fourth Form at St Percy's, it was a comedy set in a school classroom. The program ran for 520 episodes and was written, produced and directed by Rex Dawe. Yes, What? began its life as The Fourth Form at St. Percy's. It was based on the radio serial The Fourth Form at St. Michael's by Will Hay, which aired in the 1920s. Rex Dawe, a young Adelaide broadcaster, decided to write the program. 5AD Programme Manager Morrie Chapman granted a fifty shillings budget for the show as well as an additional ten shillings for the writer / producer. The cast were mostly chosen from a youth production group The Kangaroo Club. Fifteen-year-old Ralph Peterson was hired to play the larrikin Bottomly and is often described a being a classroom rebel himself. The character Greenbottle was to be voiced by Jack Craig-Gardiner, born in 1915 so only a few years Dawe's junior. The youngest member of the class, Jim Williams, played Stanforth, beginning when he was fourteen. Dawe himself played the school-master Dr Pym. Other characters, such as Mr Snootles played by Frank McCarron, were introduced as the show's popularity increased. The name was changed to Yes, What? after studio executives decided the old title was too long. Richard Harding-Browne first appeared in the show as a barrister in episode 49 but he was later given his own character, de Pledge, after Jack Craig-Gardiner's health prevented him from playing Greenbottle. Greenbottle temporarily left the show on the pretext of attending university in episode 342 and de Pledge arrived in episode 344. Greenbottle came back in episode 394 and the cast of four pupils was used. In episode 437, de Pledge left the show as Harding-Browne had joined the air-force. The show first aired on the 23rd of June, 1936 at 9:15pm. It was given two timeslots per week, on Tuesday and Thursday nights. 520 episodes were produced, the first 50 or so of which went live to air without being recorded. A total of 130 hours were broadcast before the show finally ended in 1941 in the outbreak of the Second World War. However, the show was rerun countless times even outside of Australia, with New Zealand and South Africa both popular audiences. Episodes 209 to 520 were the most commonly broadcast as earlier episodes were not as fast-paced. Dawe later attempted to revive the character of Dr Pym in the series Dr Pym's Progress but this was a flop. ach episode typically covers an entire school lesson, despite being only about 12 minutes long. Themes often continue through a series of lessons in subsequent episodes. The students try to disrupt or confuse Dr Pym through distractions, unrelated questions and personal stories. Each episode was recorded onto a 15 minute disc, so the length was crucial as space had to be left for a sponsor's message before and after the broadcast. The quick rhythm of the program led many to believe that the heavily scripted episodes were ad-lib. The characters spoke fairly quickly for a radio piece, which added to the realism of the broadcasts. Typically, the line "Good morning boys" by Dr Pym followed by the boys chorusing "Good morning, Sir!" was said at the start and end of each episode.

Spoiler : Greatest show ever! I never tire of listening to them and always have tears in my eyes through laughter! Always felt sorry for Standford/forth and a shame De Pledge was only on for a short time! Wish so many episodes weren't lost as just can't get enough of them. I give this show A+++++. Good Morning Sir! Loved Mr Snootals too!

Reply
Spoiler : I agree with Mary. Although they are antiquated and reflect a different culture of discipline I love this show. I was brought up listening to radio shows, and this was, and is, my favourite.

Reply
Spoiler : Featuring all of the 85 programs that exist in circulation in America. This is a great long- running Australian radio comedy series that takes place in an Australian boy's school.

YES, WHAT - THE FOURTH FORM AT ST MICHAEL'S 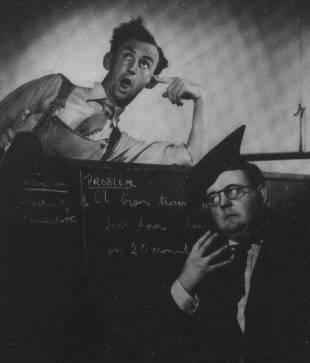