+ " We interrupt ''Radio Theatre'' for a short-run series titled "Victory Theater." After the eight week summer run of ''Victory Theater,'' ''Radio Theatre'' will return to the air and continue its policy of presenting full hour dramatic shows with famous players in available stage and screen plays. " Consisting of only eight installments, Victory Theater was by no means a toss-off program. It was eight weeks chock full of the best the CBS Network had to offer in the way of drama and talent. The Office of War Information's Office of Facts and Figures was responsible for approaching the broadcast networks with the idea of obtaining commitments of blocks of prime time airtime to get out their various War messages. The first of the O.W.I. programs to take to the air was Victory Parade, over NBC. Beginning at 6 p.m Sunday night, the 7th of June, 1942 and running through August 23, 1942, NBC mounted a 12-week series of Victory Parade renditions of some of their most popular prime time Radio features, such as Baby Snooks, The Red Skelton Show, and The Jack Benny Program. CBS' imposed contribution to the War effort was Victory Theater, produced in cooperation with and under the auspices of the Office of War Information. As with Victory Parade that preceded it by a month, O.W.I. War messages were delivered in place of commercial announcements, as a vehicle for disemminating messages of national importance to the wider public. CBS relinquished the time normally occupied by "Lux Radio Theatre" for the production, as well as its facilities. All actresses and actors as well as directors, producers, and sponsors donated their talents and resources to the effort. All of the artists who donated their services received a V-for-Victory silver pin in recognition of their contributions. Mel Ruick, who had announced Radio Theatre since June 1, 1936 was not on the broadcast, however, as he had left for an assignment with the Army Air Forces. [Mel Ruick was the husband of ''Radio's First Lady'', Lurene Tuttle, and the father of Barbara Ruick, an actress in her own right, who married the great American composer, John Williams.] None other than the great Cecil B. DeMille volunteered himself and his staff to produce and direct the inaugural program, "The Philadelphia Story," starring Cary Grant, Katherine Hepburn, Lieutenant James Stewart, and Virginia Weidler, a Broadway Stage Pulitzer Prize-winner and the 1940 hit movie in which all four actors appeared.

Be the first to comment on "amos and andy " 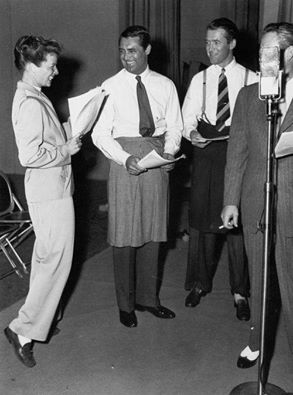 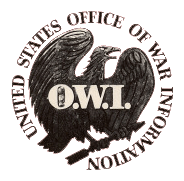