Born December 27, 1906 in Pittsburgh, Pennsylvania, Oscar Levant was an American pianist, actor, and comedian of Jewish descent. He is known for his wit and sarcasm on both the radio and television, and also for his music. His style of music was at first similar to that of Schumann, Liszt, Chopin, Bach, and Beethoven, before he got mesmerized by the ever-glamorous Broadway.

Following the death of his father in 1922, Levant and his mother moved to New York, where he started piano lessons under the well-establish Polish pianist Zygmunt Stojowski. Two years later, Levant appeared on the 1924 short film “Bernie and All the Lads.” In 1928, he decided to go to Hollywood to establish his career. There, he became friends with American pianist George Gershwin.

In the years that followed, Levant was made to compose music for over 20 films. While doing that, he was able to co-write songs such as “Blame It on My Youth,” which made it to the Hit Parade. It was also during this period that he had his wives, first actress Barbara Woodell (whom he divorced in 1932) and second, singer-actress June Gale. Levant and Gale were married for 33 years, and they had three kids namely, Marcia, Lorna, and Amanda.

After focusing on his music career, Levant then went on to be become a popular radio personality, first by being a guest panelist in the hit quiz show Information Please. Being the witty and funny man that he is, the producers of the show eventually decided to make him a regular on the show. He impressed the listeners with his great knowledge in music. Levant was also invited to appear regularly on NBC’s Kraft Music Hall with Al Jolson, where he played popular and classical pieces and did some comedy sketches. Levant and Jolson soon appeared as themselves in the 1945 biopic “Rhapsody in Blue.”

In the 1950s and 1960s, Levant also appeared on other radio shows such as in the game show “Who Said That?” In his later years, he did stay away from the limelight. He died of heart attack in 1972 at 65 years of age. Click here to read more about Oscar Levant

Be the first to comment on "guest star al jolson " 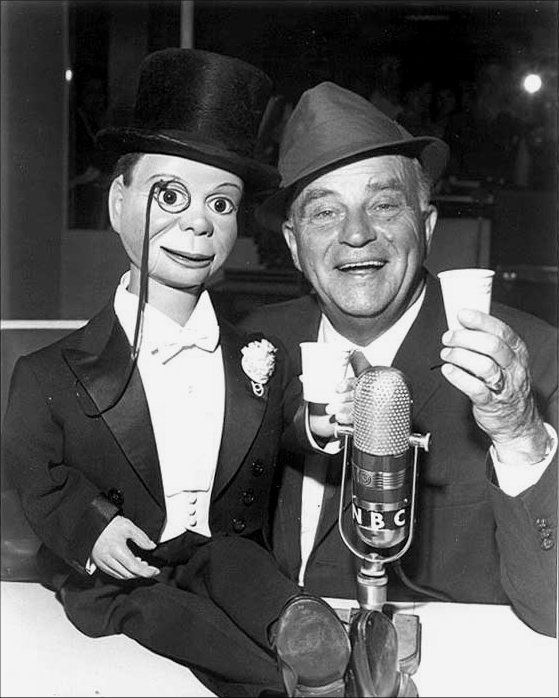