+ Fred Allen (May 31, 1894 – March 17, 1956) was an American comedian whose absurdist, topically pointed radio show (1932–1949) made him one of the most popular and forward-looking humorists in the so-called classic era of American radio. Fred Allen's first taste of radio came while he and Portland Hoffa waited for a promised slot in a new Arthur Hammerstein musical. In the interim, they appeared on a Chicago station's program, WLS Showboat, into which, Allen recalled, "Portland and I were presented... to inject a little class into it." Their success in these appearances helped their theater reception; live audiences in the Midwest liked to see their radio favorites in person, even if Allen and Hoffa would be replaced by Bob Hope when the radio show moved to New York several months afterward. The couple eventually got their Hammerstein show, Polly, which opened in Delaware and made the usual tour before hitting Broadway. Also in that cast was a young Englishman named Archie Leach, who received as many good notices for his romantic appeal as Allen got for his comic work. Hammerstein retooled the show before bringing it to New York, replacing everyone but two women and Allen. Leach decided to buy an old car and drive to Hollywood. "What Archie Leach didn't tell me," Allen remembered, "was that he was going to change his name to Cary Grant." Polly never succeeded in spite of several retoolings, but Allen did go on to successful shows like The Little Show (1929–30) and Three's a Crowd (1930–31), which eventually led to his full-time entry to radio in 1932. Allen first hosted The Linit Bath Club Revue on CBS, moving the show to NBC and becoming The Salad Bowl Revue (in a nod to new sponsor Hellmann's Mayonnaise, which was marketed by the parent company of Linit) later in the year. The show became The Sal Hepatica Revue (1933–34), The Hour of Smiles (1934–35), and finally Town Hall Tonight (1935–39) [in 1939–40, however, sponsor Bristol-Myers, which advertised Ipana toothpaste as well as Sal Hepatica during the program, altered the title to The Fred Allen Show, over his objections]. Allen's perfectionism (odd to some, considering his deft ad-libs) caused him to leap from sponsor to sponsor until Town Hall Tonight allowed him to set his chosen small-town milieu and establish himself as a bona fide radio star.-WikiPedia 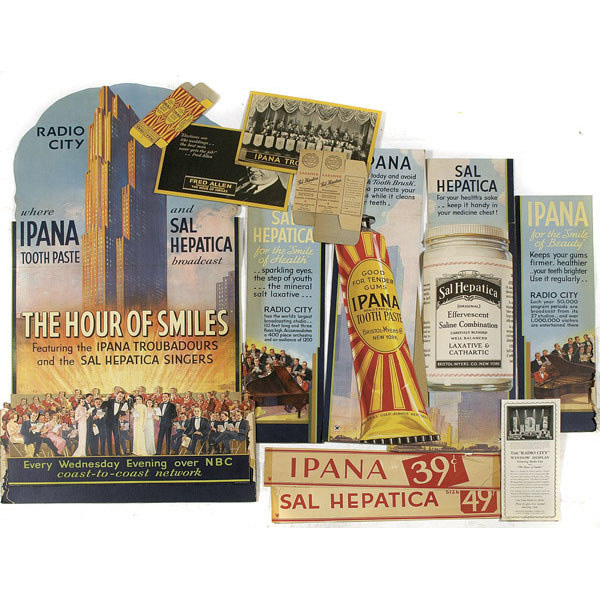 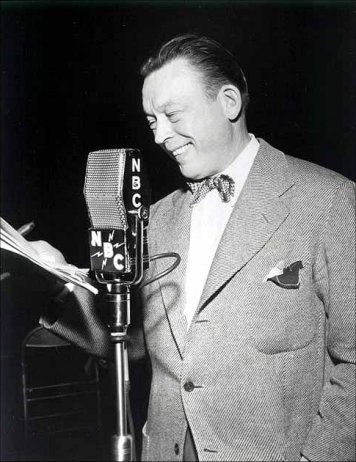