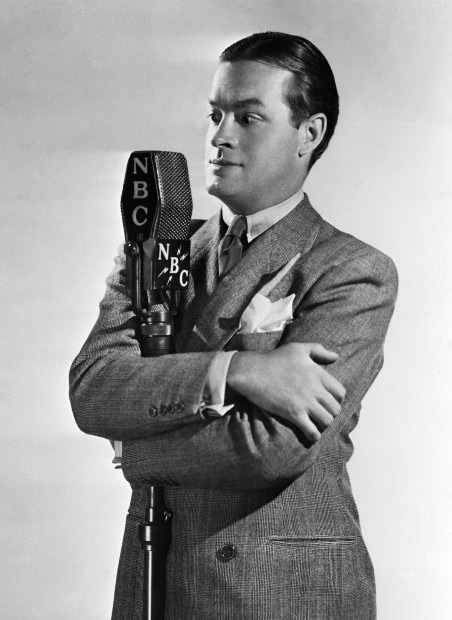 + Bob Hope (born Leslie Townes Hope; May 29, 1903 – July 27, 2003) was a British-born American comedian and actor who appeared in vaudeville, on Broadway, and in radio, television and movies. He was also noted for his work with the US Armed Forces and his numerous USO shows entertaining American military personnel. Throughout his career, he was honored for his humanitarian work. In 1996, the U.S. Congress honored Bob Hope by declaring him the "first and only honorary veteran of the U.S. armed forces." Bob Hope appeared in or hosted 199 known USO shows.

Hope made his network radio debut in 1937 on NBC. His first regular series for NBC Radio was the Woodbury Soap Hour. A year later, The Pepsodent Show Starring Bob Hope began, continuing as The New Swan Show in 1948 (for the same sponsor, Lever Brothers). After 1950, the series was known simply as The Bob Hope Show, with Liggett & Myers (1950–52), General Foods (1953) and American Dairy Association (1953–55) as his sponsors, until it finally went off the air in April 1955. Regulars on his radio series included zany Jerry Colonna and Barbara Jo Allen as spinster Vera Vague.-WikiPedia Click here to read more about Bob Hope - Pepsodent 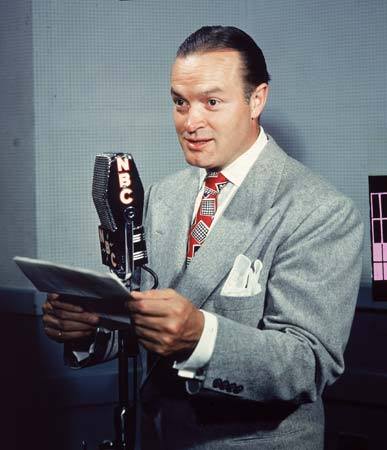 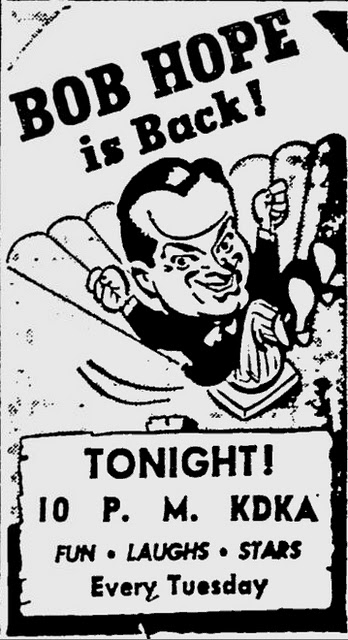 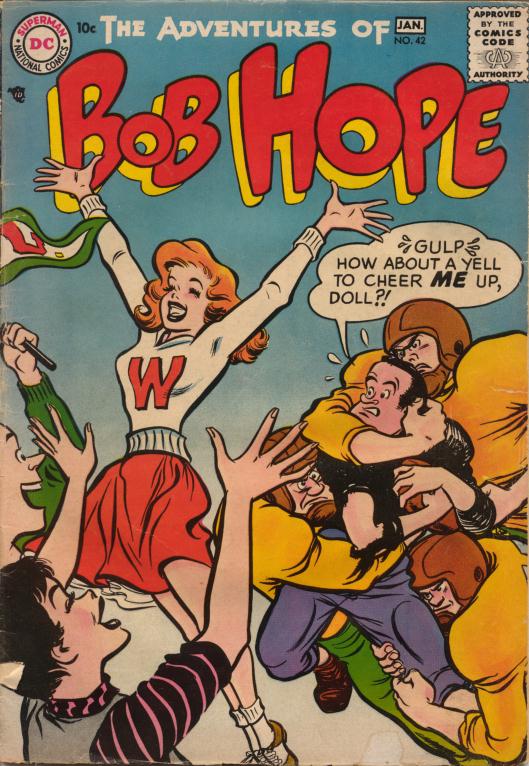 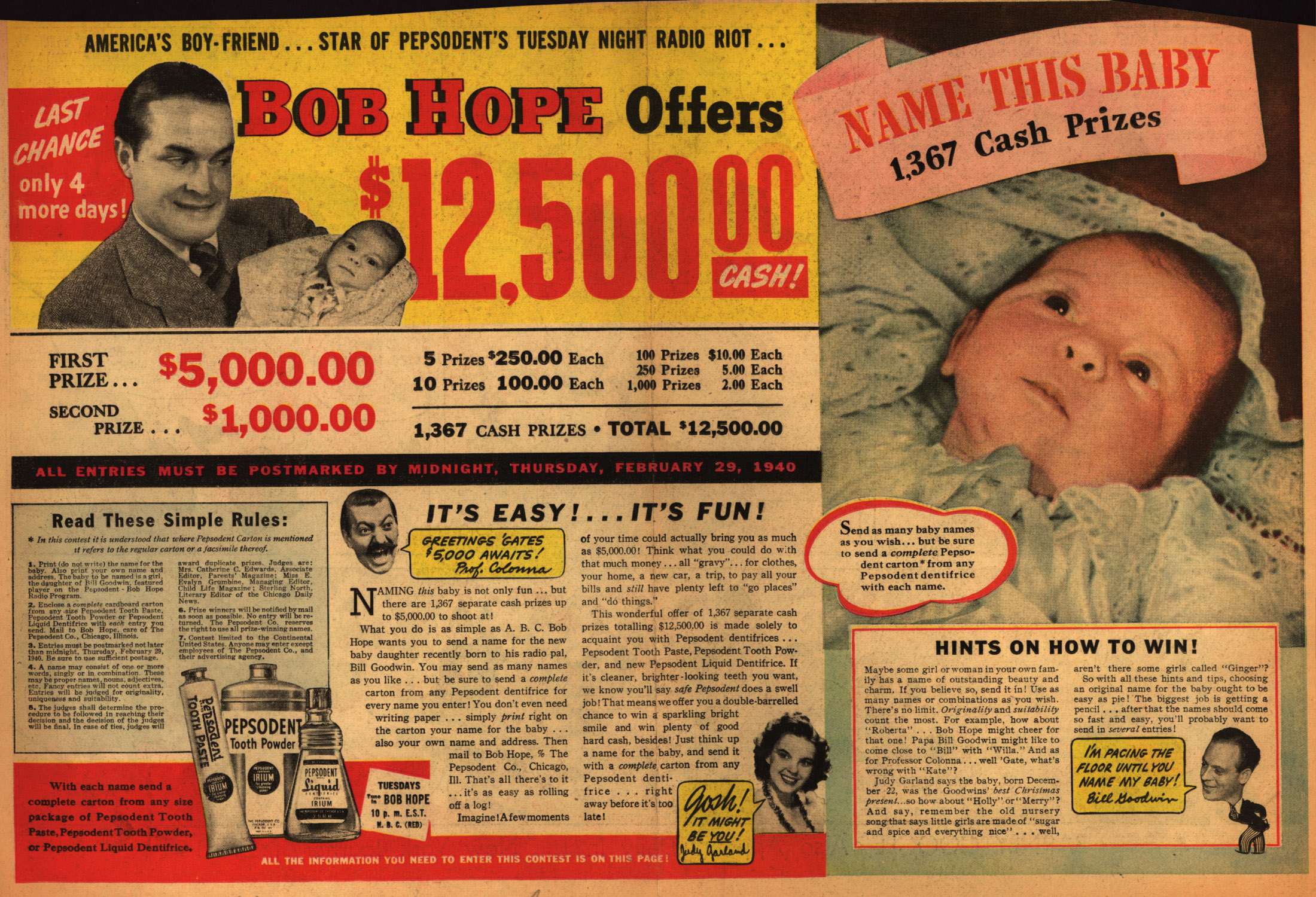 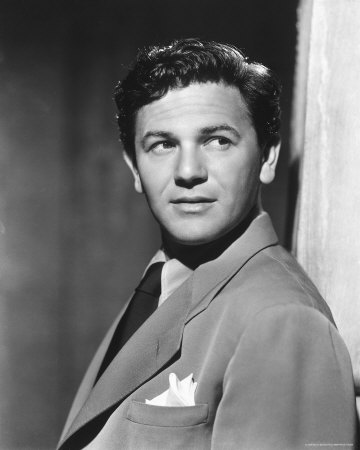 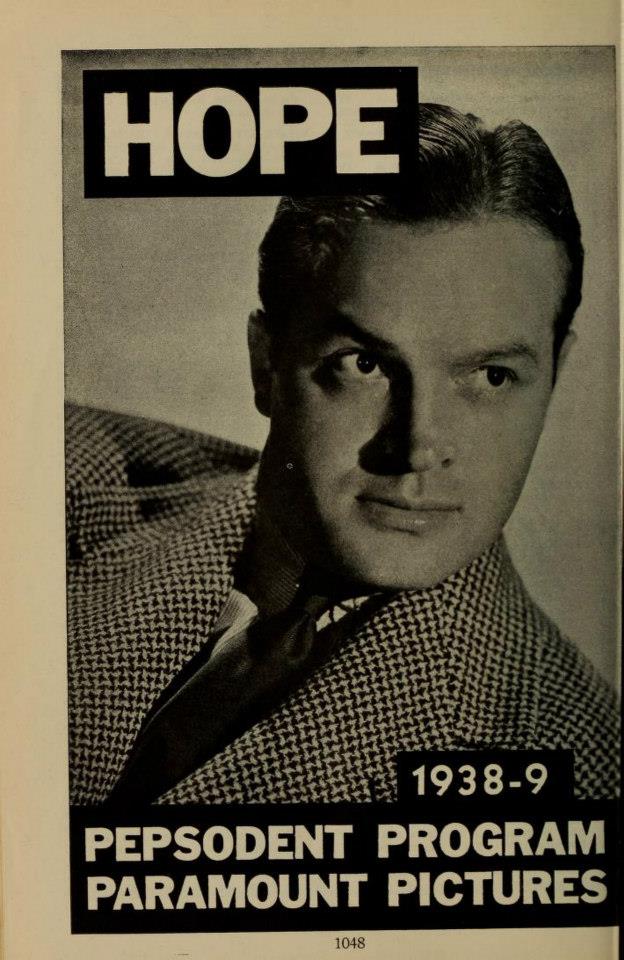