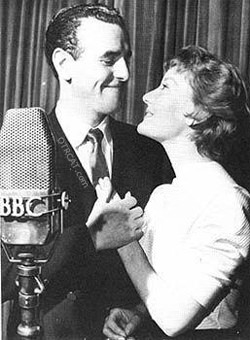 + A Life of Bliss, a new radio sitcom, was introduced by the BBC on the 29th of July, 1953, starring George Cole as awkward, absent-minded bachelor David Bliss In the early episodes, Nora Swinburne played his sister, Pamela Batten & Esmond Knight his brother-in-law, Robert Batten. Later on, these roles were absorbed by Diana Churchill & Colin Gordon The writer of the series, Geoffrey Harrison, was often late completing his scripts, to the extent that he would still be typing them at the recording sessions while Percy Edwards (the "bark" of 'Psyche' - the dog in the series) entertained the studio audience with his animal impressions. This series ran for 118 episodes before it moved (in the early 60s) to television. The series nearly came unstuck right at the beginning, for it was tailor-made for David Tomlinson, in the role of Bliss. Tomlinson was playing in The Little Hut at the time, and when the show ended its London run, six weeks after we started, he was under contract to go on tour with it, which made it impossible for him to do the Sunday recordings. We were in a dilemma, for the programme was obviously a success. Either it had to be taken off or we had to change horses in mid-stream. We realised that to find another David Bliss was not going to be an easy task; but fortune smiled, and we hit on the absolutely right person in George Cole, who has been with us ever since; that is for ninety-four episodes. The only member of the cast who has been with us for the complete series is Psyche the dog. Psyche presented quite a problem as we didn't know any dog impersonators. Then we thought of contacting Percy Edwards the famous bird imitator, who agreed to tackle the part of the espressive and almost talking dog. Some listeners didn't take kindly to the canine influence in the Bliss household at first, but now Psyche seems to have won all hearts and has quite an impressive fan-mail. Diana Churchill and Colin Gordon, who play the roles of married sister and brother-in-law respectively make up the permanent basic cast. Or perhaps I should say 'team' for undobtedly it is a well-knit and happy team. There has been a succession of girl friends. But whether wedding bells will ever ring for David will be determined not so much by the Goddess of Love as the steely heart of Godfrey Harrison's typewriter. Click here to read more about Life Of Bliss, A

Spoiler : This popular BBC radio sitcom Began 29th of July, 1953 starring George Cole as an awkward, absent-minded bachelor David Bliss. In the early episodes Nora Swinburne played Bliss's sister and Esmond Knight his brother-in-law, playing a married couple, Robert and Pamela Batten, with Rosalind making an appearance in a 1954 as Marie. Later their parts were taken over by Diana Churchill and Colin Gordon. The writer of the series, Geoffrey Harrison, was frequently late completing his scripts, to the extent that he would be still typing them at the recording sessions while Percy Edwards (the "bark" of Psyche the dog in the series) entertained the studio audience with his animal impressions. There were 118 episodes broadcast before the series became a BBC TV series in January of 1960. 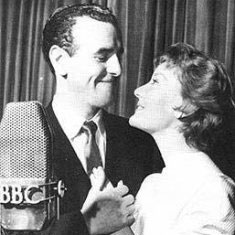 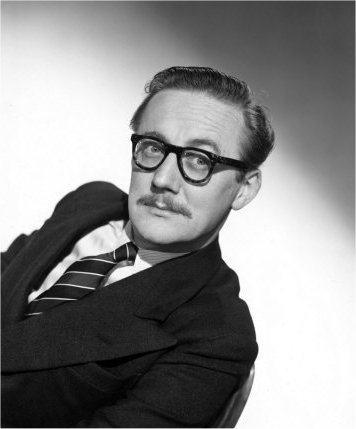 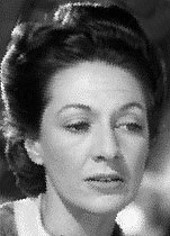 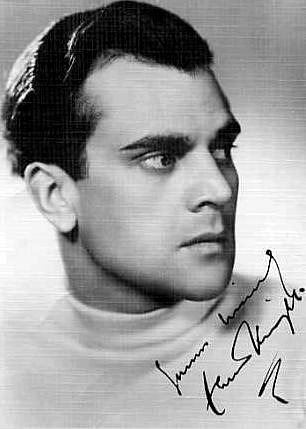 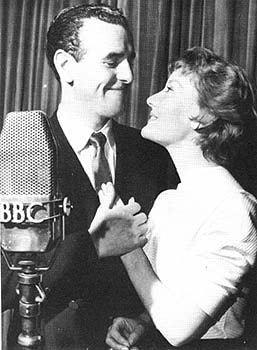 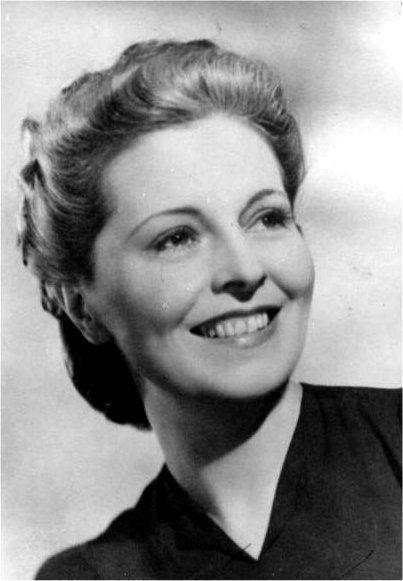