Magic Island was a 12-minute syndicated sci-fi radio serial written and produced by Perry Crandall. Aired on 1936, the story was about the adventures of Mrs. Patricia Gregory to find her daughter after 14 years of being lost.

It all started when Mrs. Gregory, her husband, and her one-year old daughter named Joan traveled through the South Seas using their family’s yacht. Unfortunately, their yacht has been damaged and shipwrecked in an area somewhere in 30th parallel south. After the incident, people have believed that Mrs. Gregory was the sole survivor of the accident. However, Mrs. Gregory have always believed that Joan is still alive, so she went to search for her and rescue her. With the help of Jerry, and an immense amount of reward, Joan was found. It turned out that Joan was washed off in a secret man-made island that can magically hide itself under the sea in order to avoid detections.

Contrary to what was aired on other radio shows, the story didn’t end when the missing character was found. The story also includes the life of both the mother and daughter after they were reunited. The role of Mrs. Gregory was played by Sally Creighton, while Will H. Reynolds starred as Captain Tex Bradford, Perry Crandall as the announcer, Tommy Carr as Jerry Hall, and Rosa Barcelo as Joan Gregory. The serial had a total of 132 episodes in collection.

Spoiler : I love this story so so much I do Listen to it over and over again lol. Would love to see pic of all that are in it :)

Reply
Spoiler : I recently listened to all 130 episodes of the radio serial "Magic Island". I would listen to the shows whenever I was in the car. I enjoyed the serial. Went searching for more shows like this. Found "Moon Over Africa". This show only has 26 episodes. And, I am grateful for that as I did not care too much for it.

Reply
Spoiler : Magic Island is the story about a mother's faith. Joan Gregory, her year old daughter, and husband was believed lost in a South Seas shipwreck. Mother Patricia Gregory never believed her daughter was dead. Fourteen years later, Jerry becomes interested in Gregory's pursuit, and sets out to find Joan. It turns out, that Joan Gregory has been living on a man-made Magic Island that is submerged under water to keep its secret. We hear the story about how Joan was found, then listen to the adventures Joan, her mother and Jerry have. 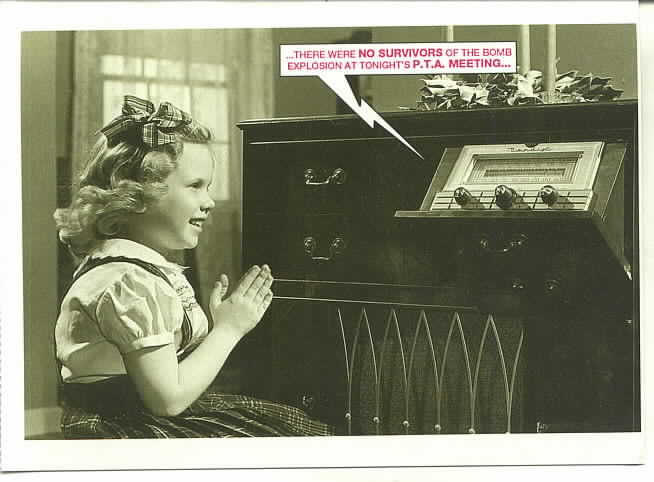