It was a time when men first slipped the surly bonds of earth to seek fame and glory in the skies. The Air Adventures of Biggles follow Squadron Commander James Bigglesworth into the sky over WWI Europe. This series will be of special interest to listeners, not only is it placed in a romantic time and place, it was produced in Australia during the 1950s. While TV was scooping up all the broadcast talent (and sponsor money) in the US, radio was still king Down Under, making for incredibly high quality programing.

Black Elephant Affair which begins with Biggles and his Air Police arriving in England after being in warn torn Korea, then the CD continues with The International Brigade adventure. This series was based on books by Captain W.E. Johns that featured Squadron Leader James Bigglesworth, his aviation fictional character. The series was broadcast from 1949 to 1954.

Spoiler : thank you so much,they are for a sick boy

Reply
Spoiler : What a great find. Can't wait to listen to these when driving the van. 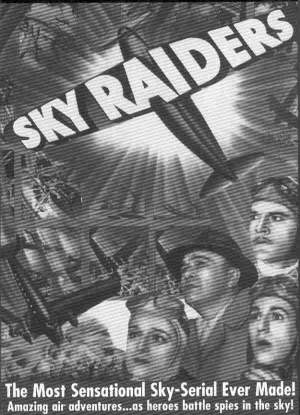