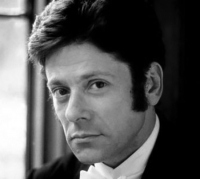 He started his career as a stage actor in his teens in the late 1960s, and during the 1970s he appeared in many films, including John and Mary (1969), The Sidelong Glances of a Pigeon Kicker (1971), Making It (1971), Journey Through Rosebud (1972) and Girlfriends (1978). The majority of his work, however, was in television drama, and during the latter two decades Tabori appeared in dozens of guest roles in many of the medium's most popular network shows, including Owen Marshall: Counselor at Law, Cannon, Marcus Welby, M.D., The Streets of San Francisco, The Rockford Files, and TV miniseries such as QB VII, Seventh Avenue and Brave New World. In 1988 he also played the part of Sir Henry Baskerville in a television production of The Hound of the Baskervilles next to Jeremy Brett as Sherlock Holmes and Edward Hardwicke as Dr. Watson. During the 1990s, Tabori began directing in television and has over forty shows, mostly episode dramas, to his credit. In 2007, Tabori directed the TV film Anna's Storm and episodes of Falcon Beach, and in 2008 directed episodes of The Guard and jPod. He directed the SyFy Channel aliens-Western film High Plains Invaders. He also voiced HK-47, the assassin droid and comic relief character in the videogames Star Wars: Knights of the Old Republic and Star Wars: Knights of the Old Republic II: The Sith Lords. Tabori voices HK-47/HK-51 again in the 2010 MMORPG Star Wars: The Old Republic, as well as providing the voices for some characters in other Star Wars related products and in the Battlestar Galactica area. Tabori was also featured on the radio program CBS Radio Mystery Theatre. On television, Tabori supplied the voice of War Minister and Emissary in Avatar: The Last Airbender and voiced several characters in The Adventures of Don Coyote and Sancho Panda as well as the home video series The Greatest Adventure: Stories from the Bible. In 2012 he also voiced the main villain character the Lord Regent Hiram Burrows in a popular stealth action adventure video game Dishonored. He is an Audie Award-winning audiobook narrator and has performed in audio plays for Yuri Rasovsky. Tabori is also the voice of the narrator, Miles, in the 1976 audiobook "Invasion of the Body Snatchers" by Jack Finney. His father, Donald Siegel, had directed the 1956 film version of the novel. In 2008, he voiced a major villain, The Vulture, in Spider-Man: Web of Shadows. Appeared in the following 52 episodes of Radio Mystery Theater: