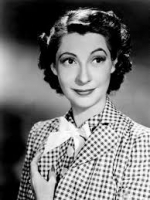 Spoiler : I went to bed trying in vain to remember the name of a radio hostess who also acted in the film "Now, Voyager", which was shown on TCM last night. I'd seen the film probably 10 times before, and the name I'd forgotten I've had to look up previously more than once. Do you ever have particular names that just keep slipping away? Feels kinda pathetic, right? Of course I looked it up on IMDB this morning and found that the elusive name was "Ilka Chase". (Ilka Chase, Ilka Chase, Ilka Chase. WHY can't I hold that name in my poor addled brain? New mnemonic; "chase down her name"....) Anywho, as it turns out, Ilka Chase died on this exact date, February 15th, 1978, 38 years ago today. Ms. Chase was a novelist, hostess, and a star of stage, film, television, and some very popular radio programs including "Penthouse Party", "Luncheon Date With Ilka Chase" and "Luncheon at the Waldorf", which to me is reminiscent of the Algonquin Round Table, at least in name. And by the way, Ilka's mother, Edna Woolman Chase, was editor-in-chief of "Vogue" for several decades. So, cheers to Ilka Chase! 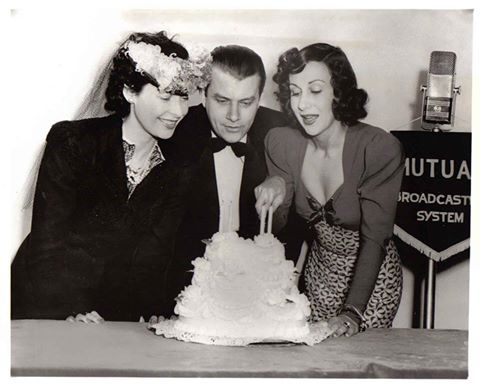