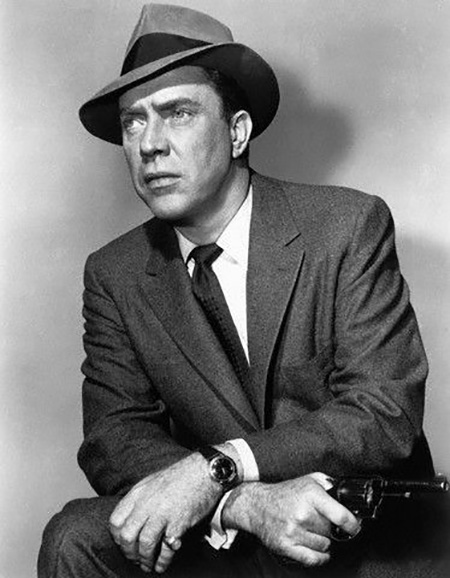 Orson Welles helped Edmund O'Brien get his start in show business. In no time, he became one of the screen's most popular heavies. From 1950 to 1952, he played Yours Truly Johnny Dollar. Click here to read more about Edmond O Brien

Spoiler : Actor Edmond O’Brien was born Redmond O’Brien (really? They couldn’t let him keep the R?) in New York City one hundred years ago today. O’Brien played a wide range of roles on Broadway, on radio and television, and in the movies, but he’s perhaps best remembered for his work in film noir, especially his role in one of the classics of that genre, D.O.A. (1950). In that picture, O’Brien plays Frank Bigelow, a man who, having learned he is not so slowly dying after being poisoned, sets out to track down his murderer. Some years ago, we made one of our periodic pilgrimages to Los Angeles, where we always like to track down film locations for our favorite pictures. On this trip, one of our stops was at the Bradbury Building, a classic structure in downtown L.A. that has appeared in countless motion pictures and television programs. In a key scene in D.O.A., Frank Bigelow is in the Bradbury Building after hours, and he takes a rather extravagant spill there in the darkened lobby. It was mid-day when we visited the Bradbury, but we didn’t let that stop us. We took a spill of our own as a tribute to a great movie and a terrific actor, and didn’t let the skunk eye cast our way by the security guards in the lobby bother us. Happy birthday, Mr. O’Brien. We’ll raise a toast to you today—a gimlet, with perhaps just a drop of “luminous toxin” in it for that extra kick.

Reply
Spoiler : Wonderful actor. Two of my favorites: The editor of the "Shinbone Star" in "The Man Who Shot Liberty Valance," and that poor man in "D.O.A."

Reply
Spoiler : My favorite actor when I was a kid

Reply
Spoiler : Star of one of the best Suspense episodes: Dead Ernest.

Reply
Spoiler : Loved him in "The Man Who Shot Liberty Vallance".

Reply
Spoiler : My favorite Johnny Dollar. Had a good coworker that I discovered also listened to KNX every night. He always laughed at the way O'Brien kind of slurred out " Johnny Dollarrr"

Reply
Spoiler : And he was overshadowed on the series by Bob Bailey's portrayal of Dollar. But Edmund was a wonderful actor!

Reply
Spoiler : Oscar-winner actor Edmond O'Brien was born Sept 10, 1915 in NYC. His got his Hollywood break playing Gringoire in THE HUNCHBACK OF NOTRE DAME in 1939. Around the time of the filming, he appeared in “Crazytown” on ARCH OBOLER'S PLAYS #9 May 20, 1939, the story of two bomber pilots who crash and wind up in a strange prison. “In a world where everyone is mad, no one is mad.” A strong anti-fascist, anti-war drama. With Charlotte Manson, John Brown, Paul Stewart, Betty Kane.

Reply
Spoiler : In 1950 his Warner Brothers contract ran out. He began freelancing, including a 2-year stint as the 2nd Johnny Dollar. While the first actor, Charles Russell played Dollar in a lighter vein ala Howard Duff's Spade, O'Brien's Dollar was much more of a tough guy, like the noir detectives he played in films. From CBS on Aug 15, 1951 “The Lucky Costa Matter” for Wrigley's Spearmint Gum. A good story about a fellow detective gone bad, with excellent organ bridges by Eddie Dunstedter. Featuring Virginia Gregg, Sidney Miller, Peter Leeds, Gloria Blondell, Hy Averback, and announcer Bob Stevenson.

Reply
Spoiler : Excellent actor ! Just watched him again the other night as the US Senator from Georgia in the political thriller, "Seven Days in May", written by Rod Serling and directed by John ("Manchurian Candidate") Frankenheimer. O'Brien joined by a cast of more greats, Douglas, Lancaster, and two time Oscar winner Fredric March as the president.

Reply
Spoiler : On 9th May 1985, Edmond O'Brien passed away. In 1950, he became the second Johnny Dollar in the detective series 'Yours Truly, Johnny Dollar' and played the role until the series went off the air in the winter of 1952. His portrayal was the most hard boiled and world-weary of all the Johnny Dollar actors. He would go on to have a distinguished career in film and television, winning an Oscar and a Golden Globe. 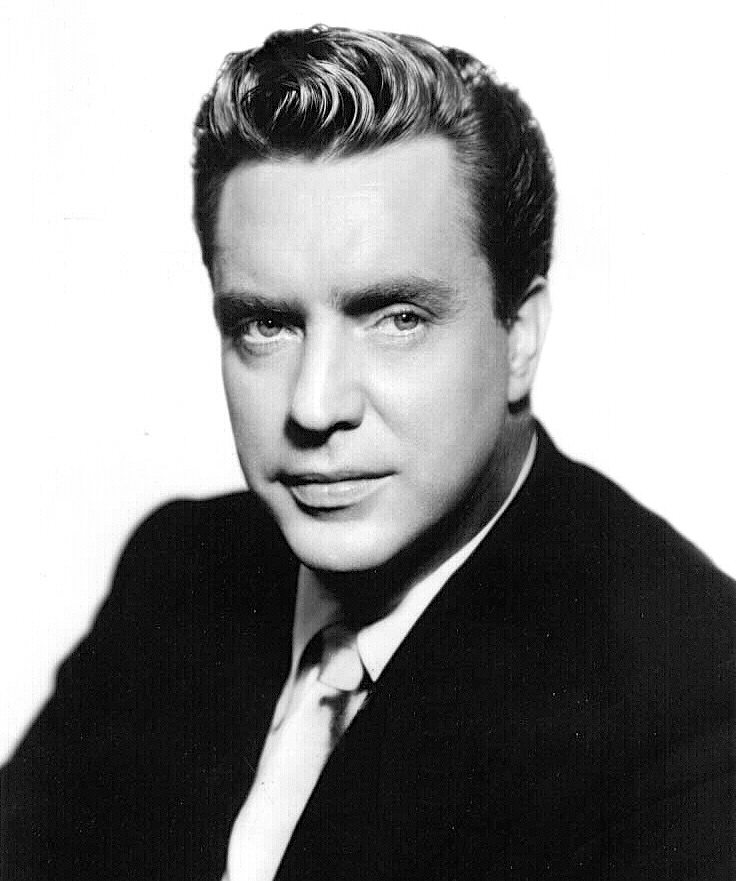 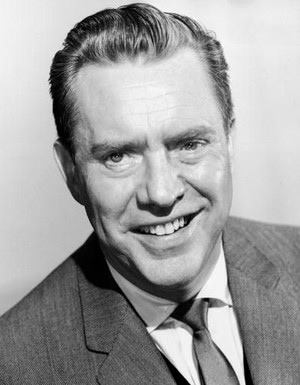 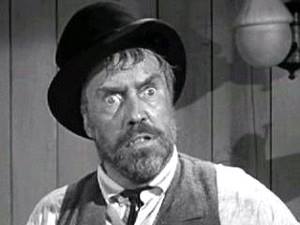 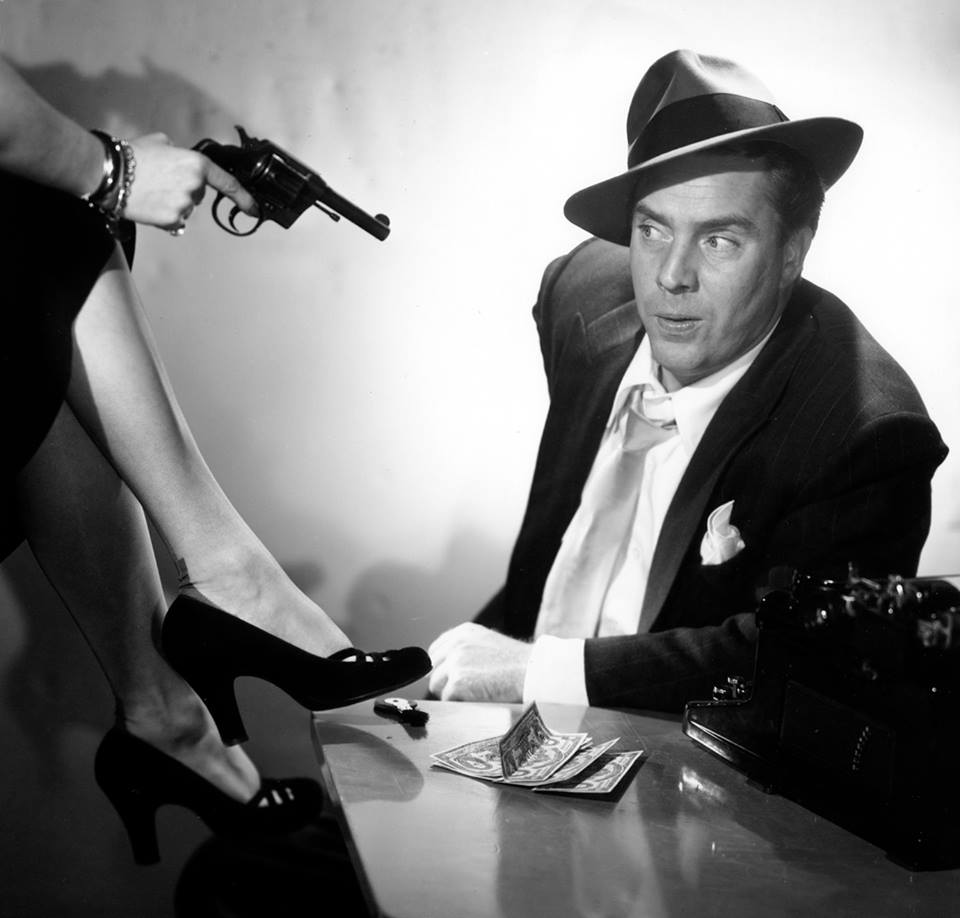 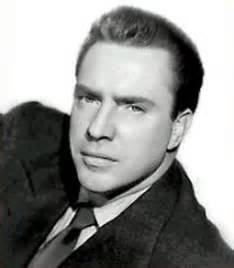 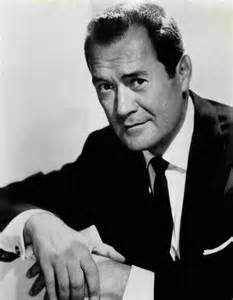 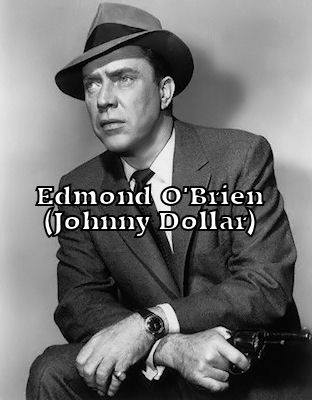 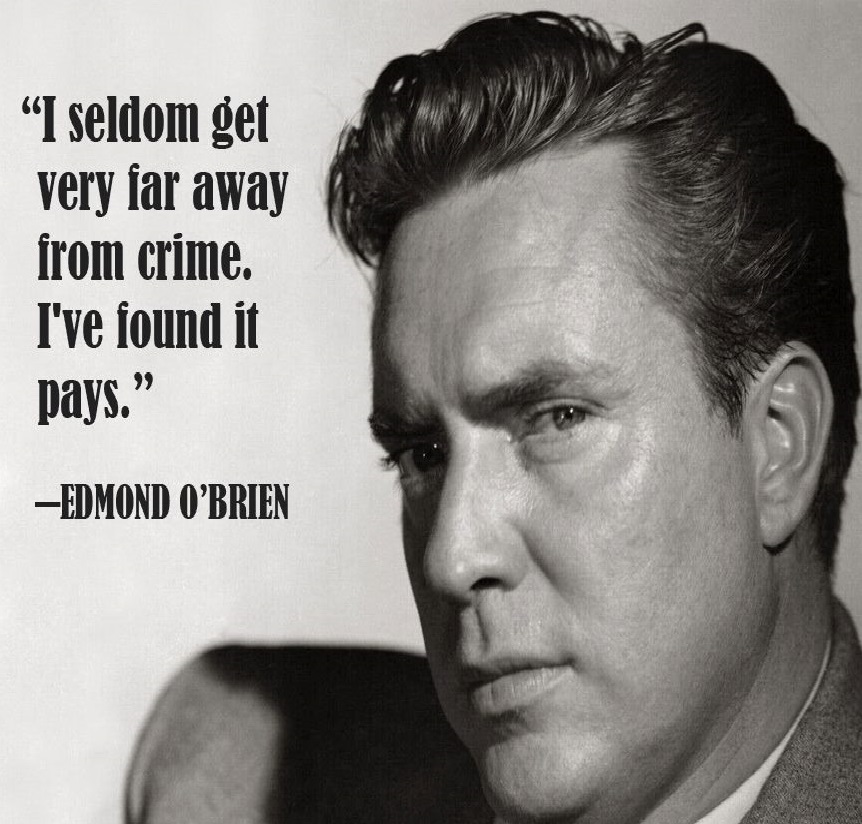 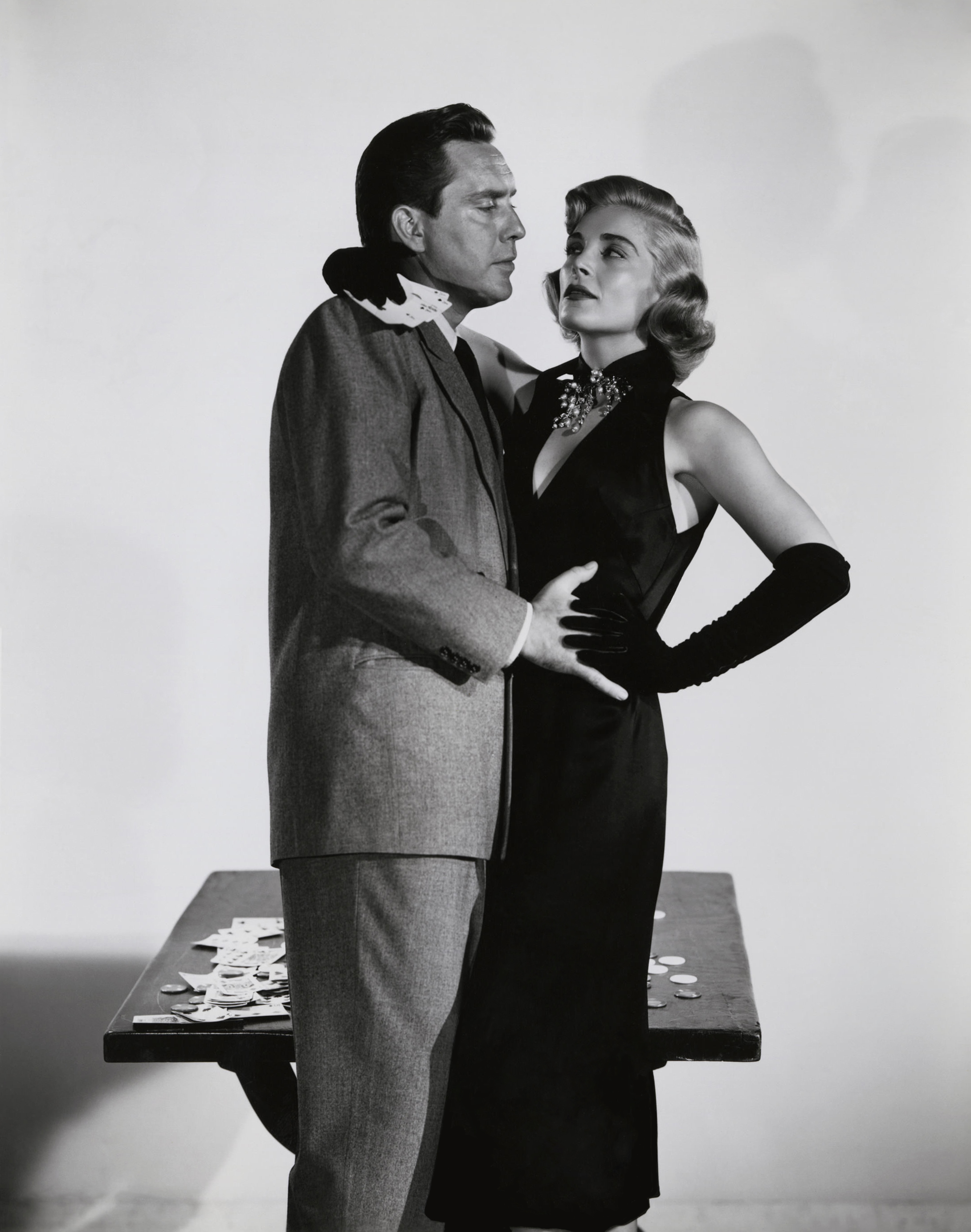 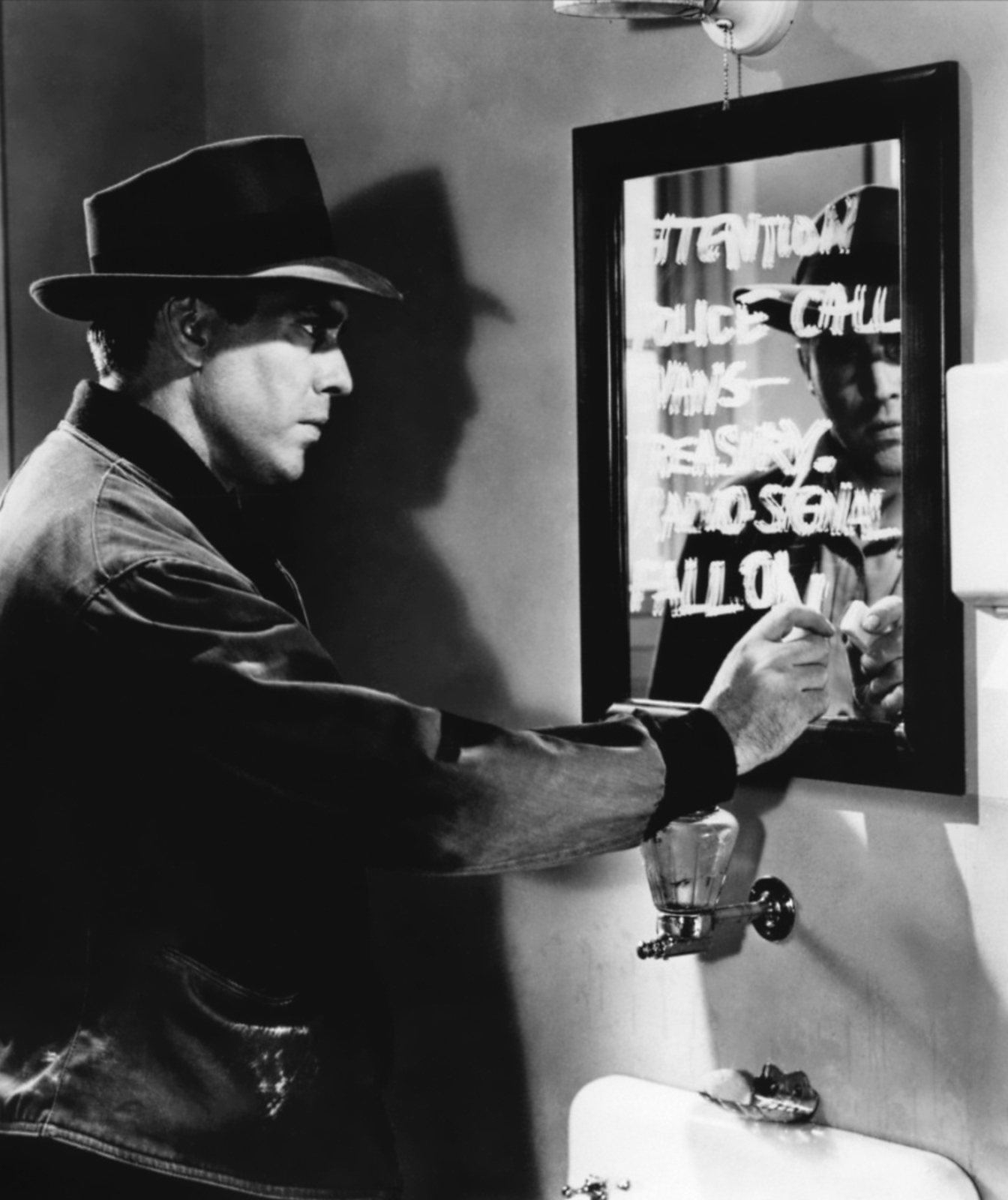 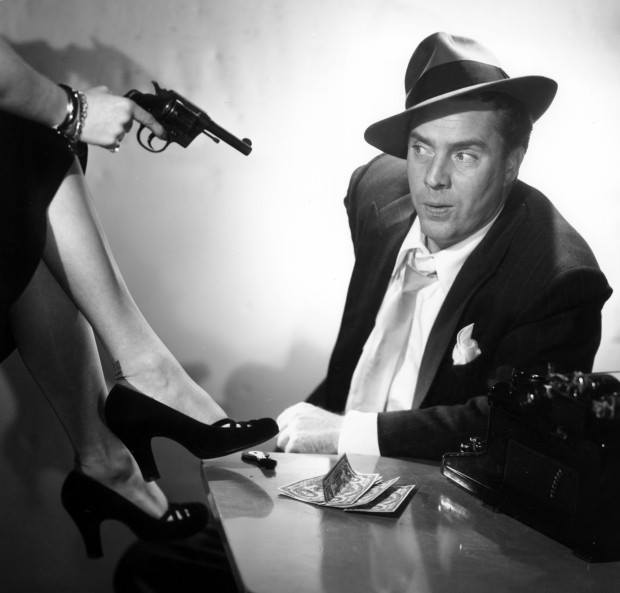 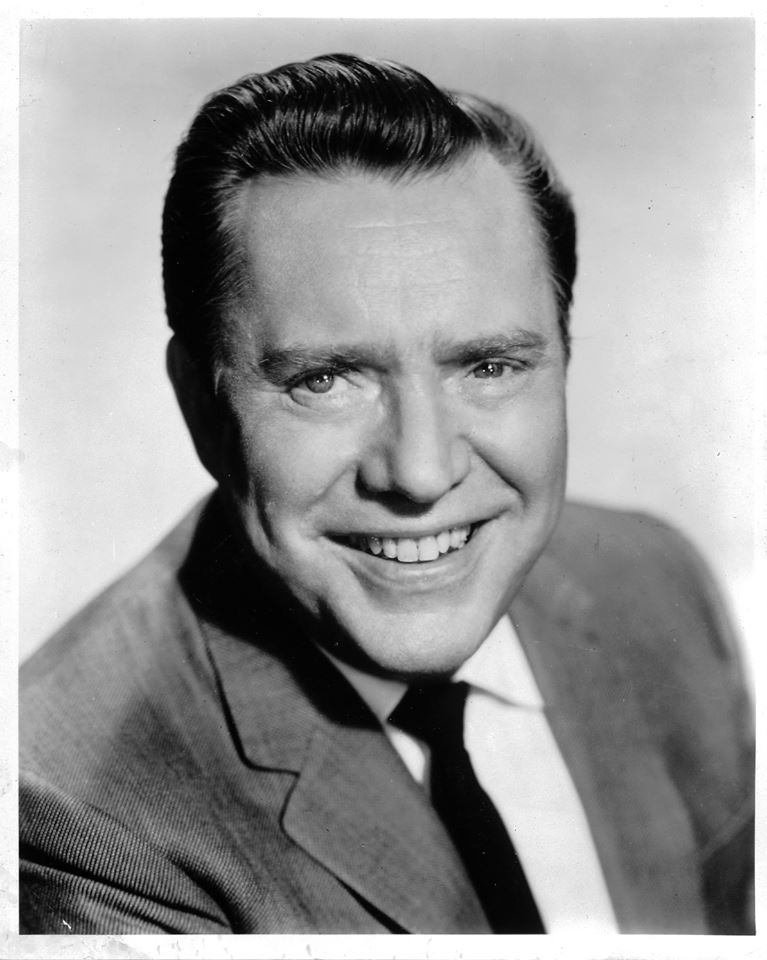 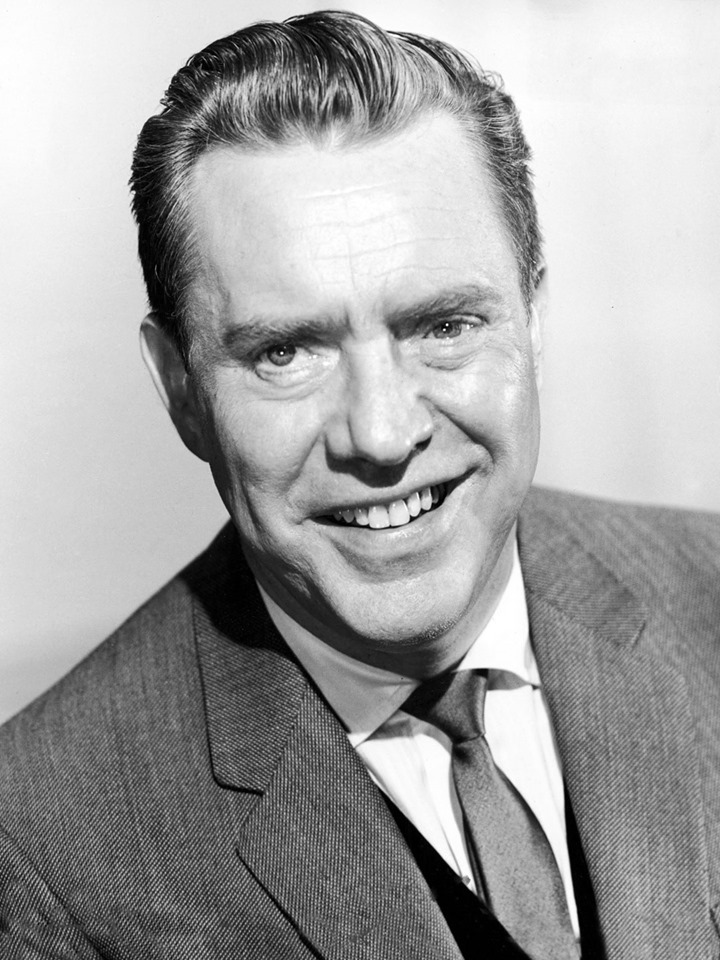 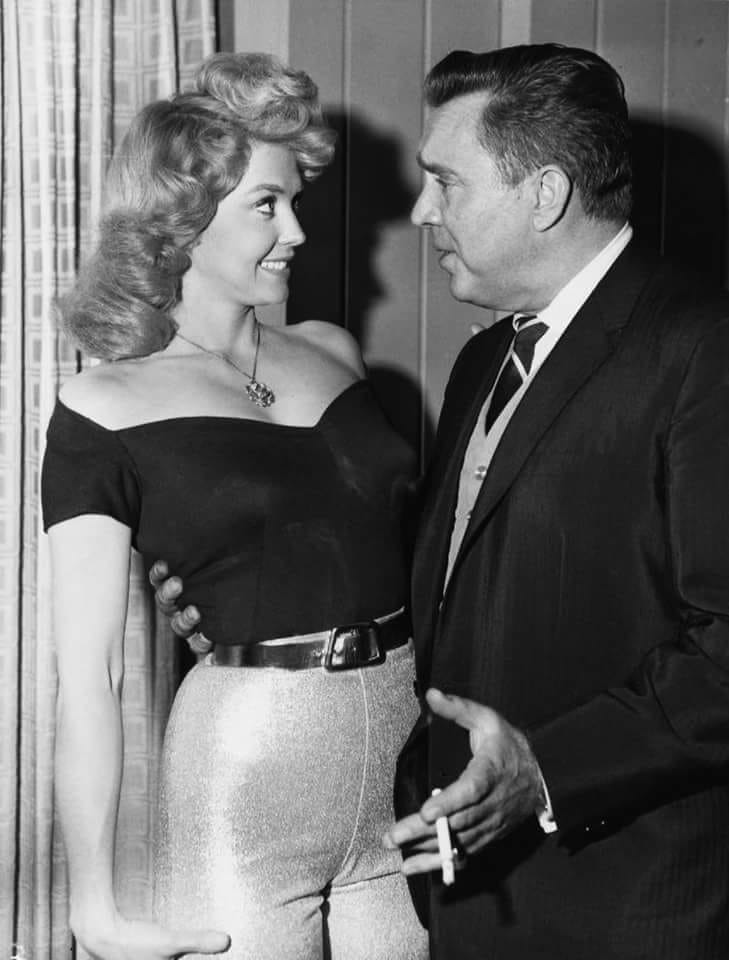