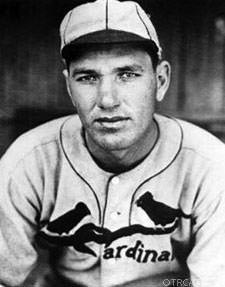 Jerome Dean, alias Dizzy Dean, was a professional baseball pitcher from Arkansas. In 1953, the American player became a part of “Baseball Hall of Fame”. He took up sports commentating after his career ended.

Spoiler : Born in Lucas, Arkansas 1/16/1911; died 7/18/1974 from complications of a heart attack he suffered three days prior to his death. Dean served in the US Army, then was working for a gas company and pitching baseball for their team when a scout signed him to a contract. He played ball until 1941. Sportscaster associated with teams in Atlanta, New York and St Louis. He was heard on Game of the Week for CBS-Radio in the early 1940s. In the summer of 1948, he was host of a NBC-Radio program with news and stories about baseball sponsored by Johnson's Wax. Beginning in 1951 he was host of a syndicated radio series with interviews and sports news.