+ Dr. I.Q. (aka Dr. I.Q., the Mental Banker and Doctor I.Q.) was a radio and television quiz program. Remembered as radio's first major quiz show, it popularized the catch phrase "I have a lady in the balcony, Doctor." Over decades, the program's sponsors were Mars Candy, the Vick Chemical Company and Embassy Cigarettes. The radio series did not have a set studio. Instead, it traveled from city to city and broadcast from large concert halls and theaters. Thus, the audience was typically composed of residents from the surrounding area. Microphones were positioned throughout the audience. The quizmaster, Dr. I.Q., delivered silver dollars to audience members who correctly answered his fast-paced questions. The series began April 10, 1939 on the Blue Network with singer-announcer Lew Valentine as Dr. I.Q. Later quizmasters in the role of Dr. I.Q. were Jimmy McClain and Stanley Vainrib. The radio version aired until November 29, 1950 on the NBC and ABC networks. Valentine and McClain were also the hosts of Dr. I.Q. Jr., a juvenile version heard on NBC from 1941 to 1949. The basic premise of the game involved assistants who wandered the theater looking for audience members to play the game. When the assistant found someone willing to play, he or she would say, "I have a gentleman in the balcony, Doctor!" or something similar. The host would then say, depending on the difficulty of the question: "Two (more or less) silver dollars and a box of Mars Bars if you can answer this!" Then he would pose a general-knowledge question to the contestant. A correct answer would win the stated dollar amount and candy in the first part of the game and $20 in the second part; incorrect answers would result in a $1 consolation prize. All prizes were paid in silver dollars. A home listener was selected each week to play the game via telephone. At some point during the show, a jingle would play, and the contestant would get a chance to spin the "Wisdom Wheel," which would contain prize amounts from $1 to $100, each of which corresponded to a question whose difficulty increased with the prize amount. Other features were the "Biographical Sketch" and the "Thought Twister". For "The Lady in the Balcony" a female contestant in the theater balcony was asked a series of five questions. She would be allowed five incorrect answers. If she had any misses still available after five questions, she would return the following week to face five more questions with the remaining misses in play. If she was able to survive four weeks without incorrectly answering five questions, she won a jackpot prize.-WikiPedia

Be the first to comment on "dr. iq captain flint (first half)" 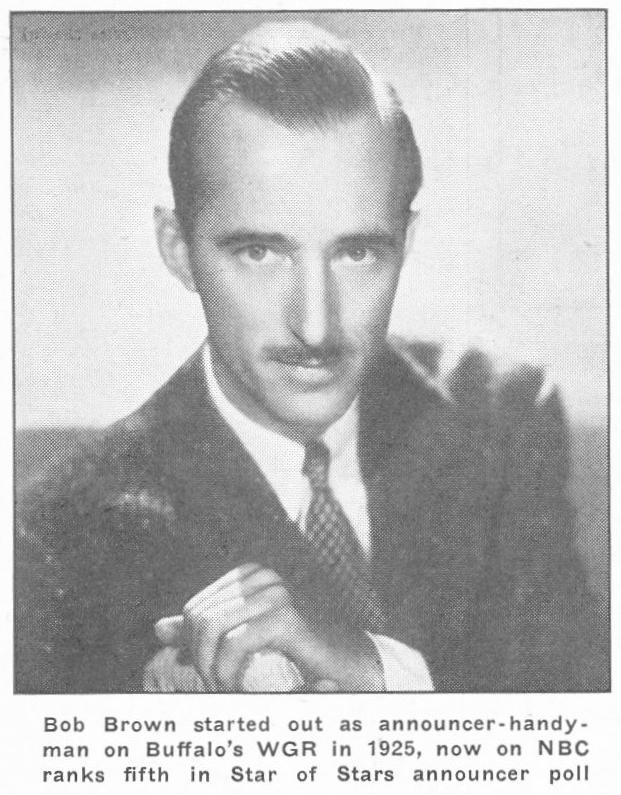 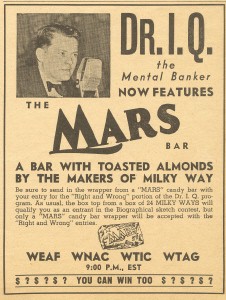 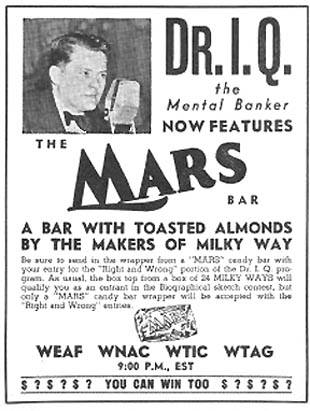 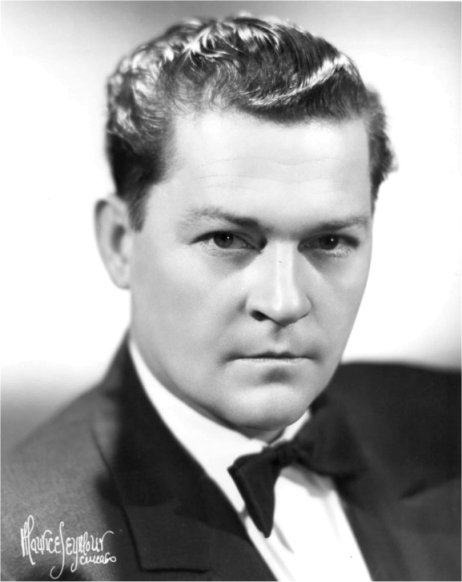 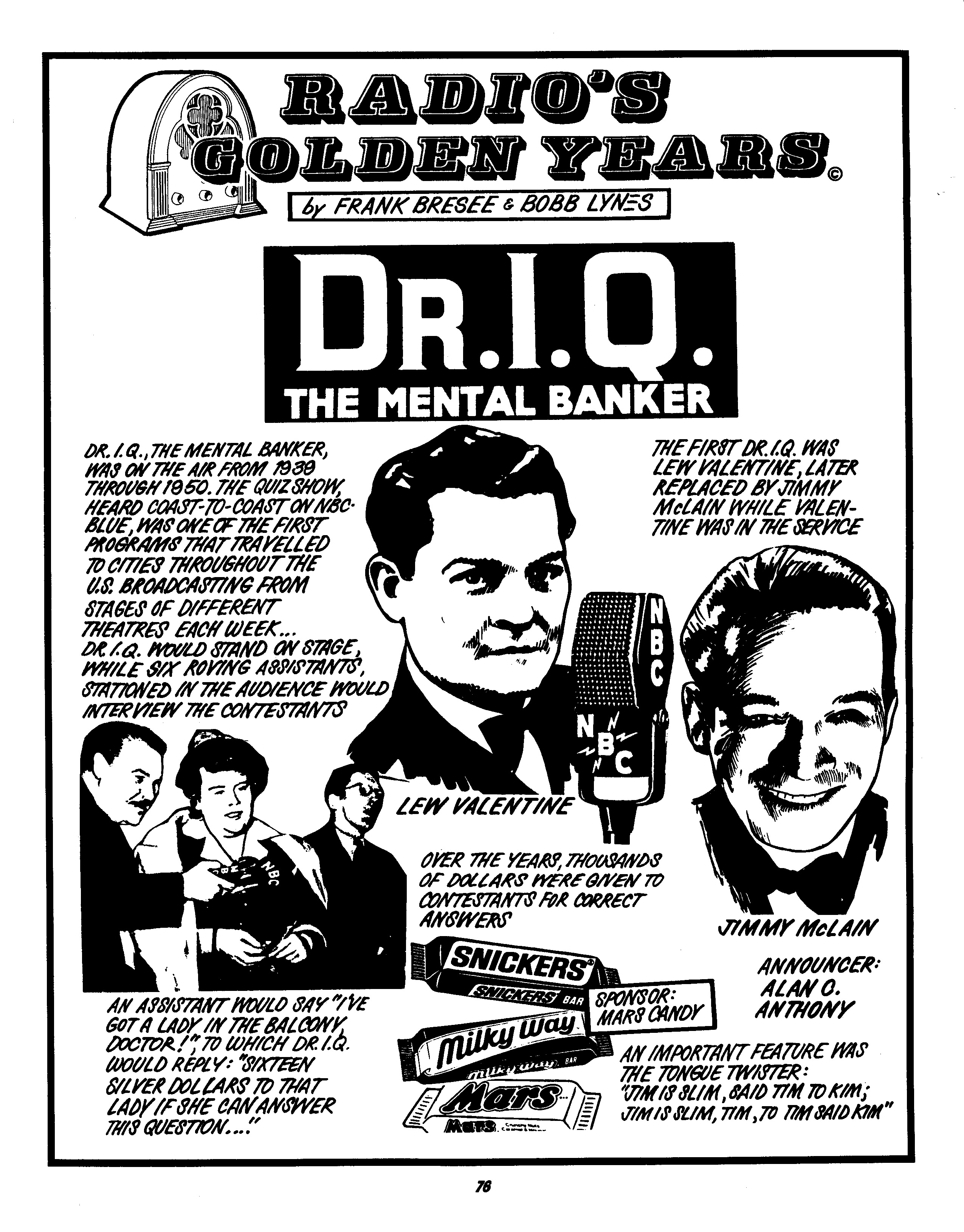